The myth of Hindu majoritarianism

The charge of Hindu majoritarianism is just another ploy to keep Hindus from being political. 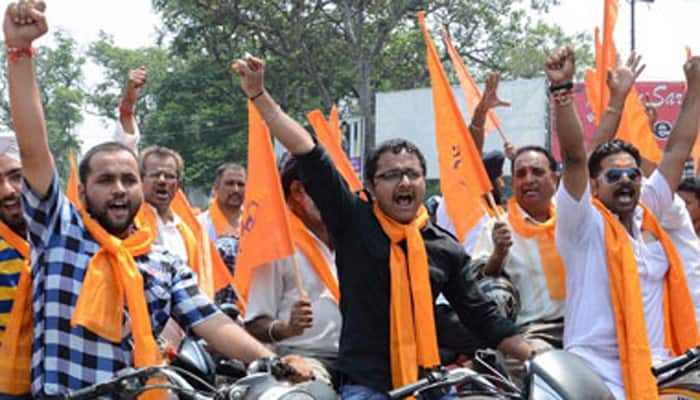 Hinduism is the most ancient, diverse and pluralistic religion, culture and spiritual tradition on the planet. It has given the world the many paths of Yoga and Vedanta, a science of Self-realization, Ayurveda and many practices of right living according to dharmic principles.

Hindus have numerous gurus, avatars, deities, a vast array of philosophies, numerous temples, festivals and pilgrimages. There is no uniform Hindu dogma of one God, Book, Prophet or Saviour that could promote a religious majoritarianism at an ideological level.

Hindus do not aggressively seek to convert the world to a single belief like Christianity and Islam, and have never engaged in jihads and crusades. Even in India Christian and Muslim missionary groups are active, probably more so than in any other country. Where is there anything like a Hindu missionary business comparable to these?

Hindus have a synthetic and accepting view of religion, granting respect for all spiritual aspiration, extending to native traditions and pagans, not just monotheistic beliefs. Yet so far Christian or Islamic groups seldom honour Hindus in return, certainly not the Vatican or Saudi Arabia. Religious intolerance and exclusivism is commonly directed against Hindus, for which Hindus certainly have every right to respond.

Modern India was created by partition in 1947 in which Muslims claimed they could not live under Hindu majority rule and so created Pakistan as their own religious state. Yet Hindus in India did not create a Hindu religious state in response. Today in 2019 India's Muslims have increased in numbers and are a flourishing community. Meanwhile Hindus in Pakistan have almost no human rights and are being steadily eliminated.

Minorities in India are much better off than those in Pakistan or China, not to mention the Middle East where an intolerant majoritarianism is common. India has a greater religious diversity than perhaps any country in the world, which exists because of its Hindu majority, while countries in the region without such a Hindu presence have little religious diversity or tolerance, and little democracy as well.

Cultural majoritarianism
In history books in India Hinduism is seldom taught in a favourable light, with a more positive history afforded to the Mughals than to any great Hindu kings or emperors. In the media Hindu practices are often denigrated as backward. India's media and academia are generally leftist, Marxist and sympathetic more to Christianity and Islam than to Hinduism. Bollywood often portrays Hindus, particularly Brahmins, in a negative light. All this is hardly cultural majoritarianism.

State governments in India expropriate the revenues from Hindu temples but not from churches and mosques. Courts similarly regulate and restrict Hindu practices but rarely interfere with those of other religions. Here we also see minority favoritism not oppressive majoritarianism.

Only recently have Indian politicians, except for BJP and Shiv Sena, bothered to visit Hindu temples and sacred sites, wear Hindu attire, or proclaim any Hindu identity. Most notably Congress leader Rahul Gandhi suddenly claimed to be a thread wearing Hindu Brahmin when it became electorally favourable to do so, with temple visits linked to campaign travels. This is not a sign of majoritarianism but of trying to subvert majority Hindu sentiments. Narendra Modi in 2014 was the first PM to actively show a Hindu image to the world, which the Congress Party then denounced as Hindu majoritarianism.

Democracy and the need to vote
Democracy is rule of the majority. India as 80% Hindu and India is the home of more than 90% of the world's Hindus. Hindus have a right for their views to be respected in a country where they are a majority, particularly given the facts of partition, and India's history of foreign rule. Hindus deserve their political rights and need not be made hostage to minority vote banks.

The charge of Hindu majoritarianism is just another ploy to keep Hindus from being political, in an era in which all other groups are political - and when not voting defeats you and discredits what you stand for. It is time for Hindus to wake up from the myth of Hindu majoritarianism and claim their rightful voices in media, education and politics. Without a political presence no group will survive today or be taken seriously at social, cultural or religious levels.

The truth is that India has long suffered from a dynastic elitism that has tried to subordinate the Hindu majority of India to a small Delhi coterie in which family name rules over any religion or even over the culture of India. This is the real problem to be addressed, not the myth of Hindu majoritarianism.