What is with these peaceniks? Why do they want to talk peace with Pakistan?

Is there a conspiracy behind the peace campaign? 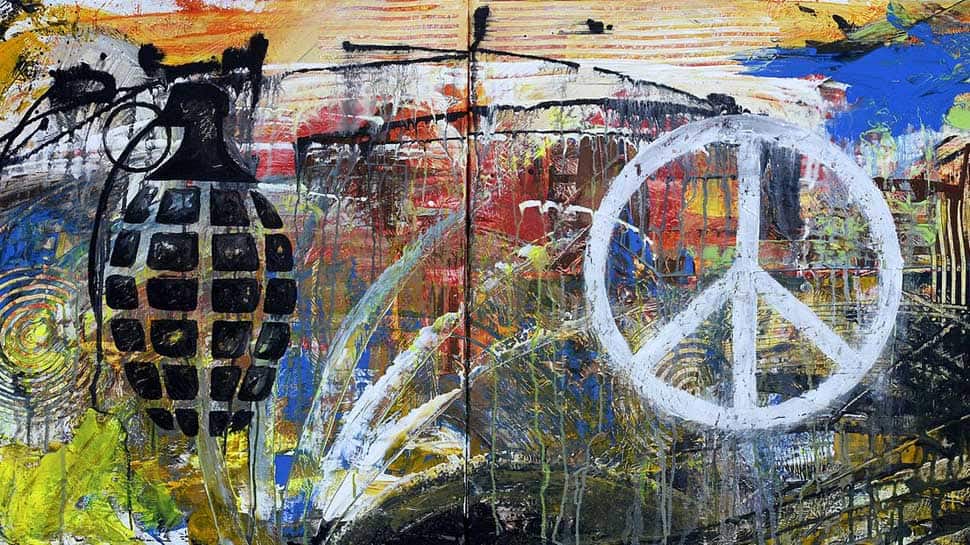 The doves are at it again. They want to talk peace. Social Media and other media are full of discussions propagating the idea of talking peace. They are aggressively lobbying for peace initiatives. At whose behest? The nation seeks an answer.

All too familiar
Let us get one thing clear. It appears a familiar ploy. One of our brave Indian Air Force personnel, in the process of retaliating and repulsing the intrusion into Indian air space by the Pakistani Air Force, landed himself in Pakistani territory. He was caught by the Pakistani forces. The design appeared to be familiar. The Pakistani establishment wanted him to be used as a candy to negotiate peace. But Indian diplomatic efforts and an unrelenting Indian government forced Pakistan to accept the release of Wing Commander Abhinandan Varthaman. They were constrained by aggressive Indian effort both diplomatically and strategically.

Nationalist family fails peaceniks
When he was in the custody of Pakistan, the doves started their efforts with hashtags and other campaign that said "give peace a chance" and so on and so forth. They were posturing as if they were pursuing the welfare of the Wing Commander.

But in this case they failed to assess one thing. This Wing Commander hailed from a family of illustrious officers of the defence forces. His father is a retired Air Marshal. Reportedly, his spouse also is said to be a retired Squadron Leader. His own upbringing had been so geared to become illustrious in the defence forces, having gone to Sainik School, etc.

Hence, these peaceniks got their first shock. The family will not will play into their evil plan of talking peace. Hence, the peaceniks failed to create a situation a la IC-814 or Rubiyaa Saeed.

The family knew two things, given their background. Firstly, it takes a lot of effort to reach the position of strategic advantage in which the nation found itself. Secondly, the very day their family members sign in to sign the defence forces, this type of situation is one of the possibilities. Hence, it must have been frustrating to Pakistan and their peacenik agents in India to leverage the situation to talk peace.

The efforts behind the return of Abhinandan
In the meanwhile, the unexpected happened as far as these peaceniks are concerned. So far, a diplomatic corps presented to the country wrongly as a weak one, was given a free hand to counter this campaign for peace. Here it is appropriate to state that the diplomatic corps or defence forces are only as good as they are allowed to be in an democratic, Westminsterial environment, as the decisive call vests with the political leadership in power. The political leadership was clear. They had the national interest in mind. They allowed these two vital organisations to handle the situation in a professional manner.

Now, we see the result. Pakistan is forced to accept the release of Wing Commander Abhinandan. It is a great success. But Pakistan would not credit you with this. They made a grandstanding virtue of this situation by saying that they are releasing Wing Commander Abhinandan to ensure larger peace in the region. There could no bigger lie than this in recent times. I would like to take you to certain events on record which will betray the pattern of Pakistan wherein peace talks means more attacks.

Bleeding during currency of peace talks
Whenever talks or a summit or any such endeavour is in progress, Pakistan bleeds us. This is etched in history. Presently, while the grandstanding in favour of peace is going on, there are repeated ceasefire violations on the Line of Control (LoC) as well as International Border with Pakistan.

There are currently several instances of air space violations going on. Surely, this is the biggest giveaway of the current set of lies. But history has also been witness to more such instances. Recall the case of the 26/11 Mumbai attacks. It is a matter of record that the Indian internal security establishment had gone to talk peace in Islamabad. The agenda for the talks were counterterrorism and anti-drug trafficking.

By deceit, the talks which were scheduled for 25/11/2008 were left with an unfinished agenda and taken over to the next day. What happened on 26/11 is there for everyone to see. But what is more salient is that internal security leadership was stuck in Pakistan, in a place near Islamabad known as Murree, which at the extant time had little in terms of network services.

Now, I recall another instance for these peaceniks. At the peace talks held on counterterrorism and anti-drug trafficking on May 30-31, 2006, in Islamabad, the Indian delegation was to return on June 1. But before that there was an attack on the RSS headquarters in Nagpur.

Besides these two instances, when talks were hosted by the Indian government in New Delhi, in the first week of July 2007, the delegation, which was not keen on any serious talks, went back early with the agenda left unfinished, citing the Lal Masjid attack in Islamabad as a ruse.

Attempted after 26/11 also
Now, to those who wanted to use the custody of Abhinandan as a ruse for peace talks. Let it be brought before the public that even in the aftermath of the 26/11 attacks, such a situation was sought to be created. I have explained in my book as to how the Indian Navy could have averted this attack, but due to lack of political will, they couldn't. Rely on P Chidambaram's statement in Lok Sabha December 11, 2008.

But a situation like Abhinandan was also sought to be created. I was on the chopping board. There was an attempt to kidnap this writer to trade off with Ajmal Kasab. I have detailed it with evidence in my book. It failed. But, I know for one thing, had this succeeded my parents and my wife would have surely put the nation above my life, although there is not much of a defence background in my family.

Integrity of these peaceniks
Now, the integrity of the these peaceniks. There are certain important facts which need to be exposed. Perhaps people may know of a former Constitutional dignitary (second citizen of India) or a former Cabinet Minister hosting a former Pakistani Foreign Minister, in which a former Prime Minister was a participant. However, these faces are known as peaceniks who speak Pakistan's language. There are lawyers and media persons who have remained anonymous. But it is time expose them.

Constrained counter ops after 26/11
Even as 26/11 unfolded, we know that a certain TV channel aired the counter-operations live, which was being watched by Pakistani handlers in Karachi, who give instructions recalibrating the terrorists over Thrurya sat phones.

Besides, there are film personalities whose family members assisted David Coleman Headley, and these people still talk of peace. Not much may be known that there were executives from finance and shipping industry in Mumbai also.

Helped conspirators in other ways
Please corroborate the records. There were people from the shipping industry with whom Headley had consulted to learn about the ecosystem of the Indian west coast, about congestion, time of least congestion, lead time and several other non-navigational contours.

Similarly, people in financial institutions had also enabled him to move the finances seamless by their advice. These people might have tendered their advice nonchalantly, without any idea of the intent of the listener. Hence, it is important that we do not impute motives to them and believe they are innocent.

But what is disturbing is that from persons from the same fraternity later join the peaceniks and vociferously bat for peace talks in this situation, constrains use to think otherwise. It is a different matter that they joined political parties in the later stage of their lives and are pioneering this peace. Is it a betrayal of sorts. A thorough investigation would help us reach a conclusion.