'Sadak 2' is the sequel to 1991 released 'Sadak' and features an ensemble cast of Sanjay Dutt, Alia Bhatt, Pooja Bhatt among others. The film is currently being shot in Ooty. 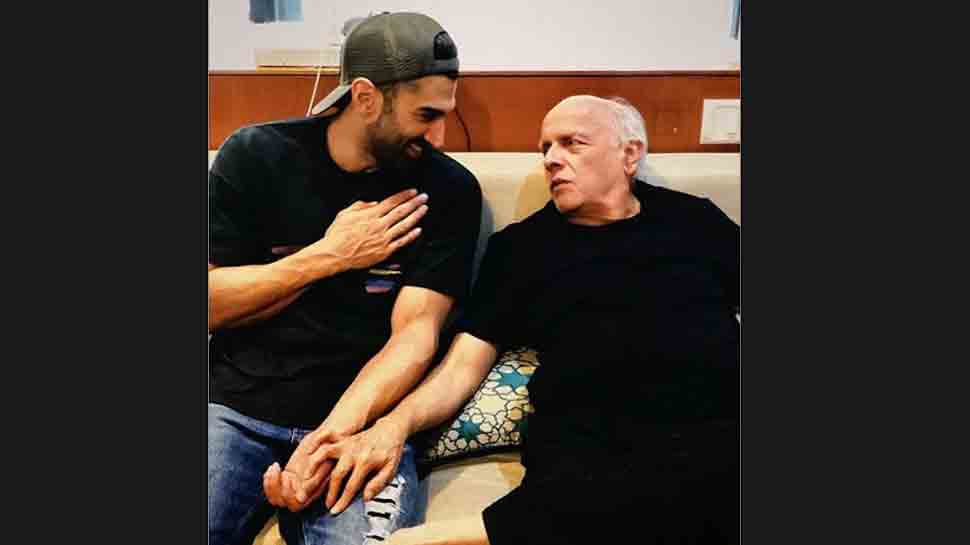 New Delhi: Actor Aditya Roy Kapur rose to fame and became an overnight sensation with Mahesh Bhatt's love story 'Aashiqui 2'. The film was one of the biggest surprises of 2013 and its songs topped the charts across various platforms in the country. Years later, Aditya is once again collaborating with the filmmaker, who is all set to make his comeback to filmmaking after 27 years with his directorial 'Sadak 2'.

'Sadak 2' is the sequel to 1991 released 'Sadak' and features an ensemble cast of Sanjay Dutt, Alia Bhatt, Pooja Bhatt among others. Only a few days back, Aditya and Alia were snapped at the Mumbai airport as they left for Ooty for the second schedule of the film.

As per TOI, the second schedule will mostly focus on parts of Aditya and Alia and their love story and the shooting is expected to last for a next few weeks.

On Thursday, Aditya took to Instagram to share a picture with Mahesh Bhatt. He captioned the image as, "A new beginning with the ringmaster @maheshfilms," followed by a heart emoji.

A new beginning with the ringmaster @maheshfilm _ __

While 'Sadak' starring Sanjay Dutt and Pooja Bhatt was a romantic thriller and the story revolved around that of a taxi driver and a woman forced into prostitution, 'Sadak 2' will deal with depression and will be about love, loss and redemption.

Sanjay, who plays Ravi, will be seen helping a young woman's, played by Alia, encounter with a godman. Alia as Shreya will be seen exposing the fake guru, essayed by Makarand Deshpande, who runs an ashram.

While nothing much is known about Aditya's part, it has been reported that he plays the love interest of Alia and his character name is Balwan.

Initially, the film was scheduled to be shot in Romania but later the makers decided to shoot the film in Mumbai and other parts of the country. The first schedule of the film took place in Mumbai.

Aditya, who was last seen in Karan Johar's period-drama 'Kalank', will next be seen in Mohit Suri's 'Malang' opposite Disha Patani.