The actor, who recently kickstarted shooting for 'Sooryavanshi' was on Tuesday clicked sporting a new look. 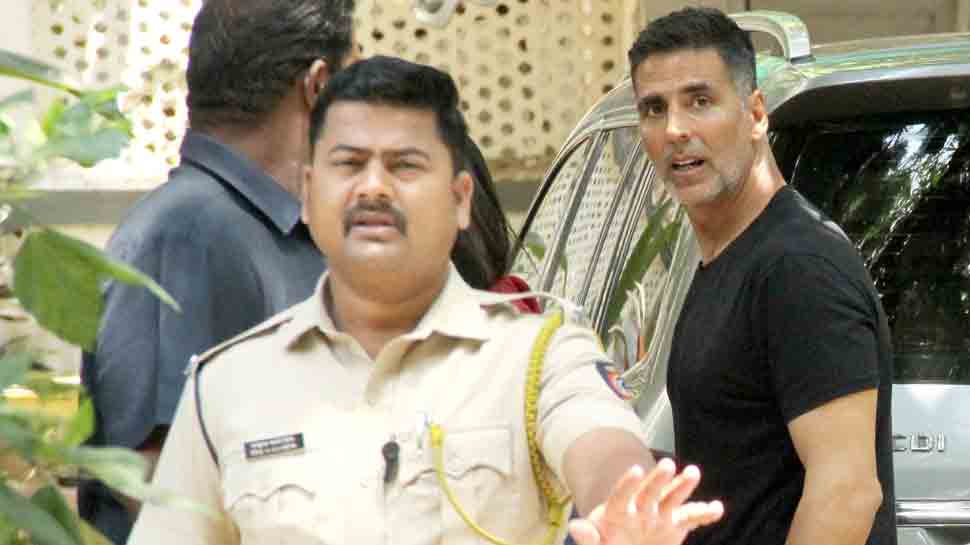 Actor Akshay Kumar, who was last seen in war drama 'Kesari' has begun shooting for his next project 'Sooryavanshi' in Mumbai. It was only a few days back that Akshay returned to Mumbai after kickstarting the shooting of the film in Thailand.

On Tuesday, the actor was seen flaunting a salt and pepper look in Bandra. He was dressed up in casuals and it appeared that he was preparing to shoot for the film.

Take a look at his latest photos: 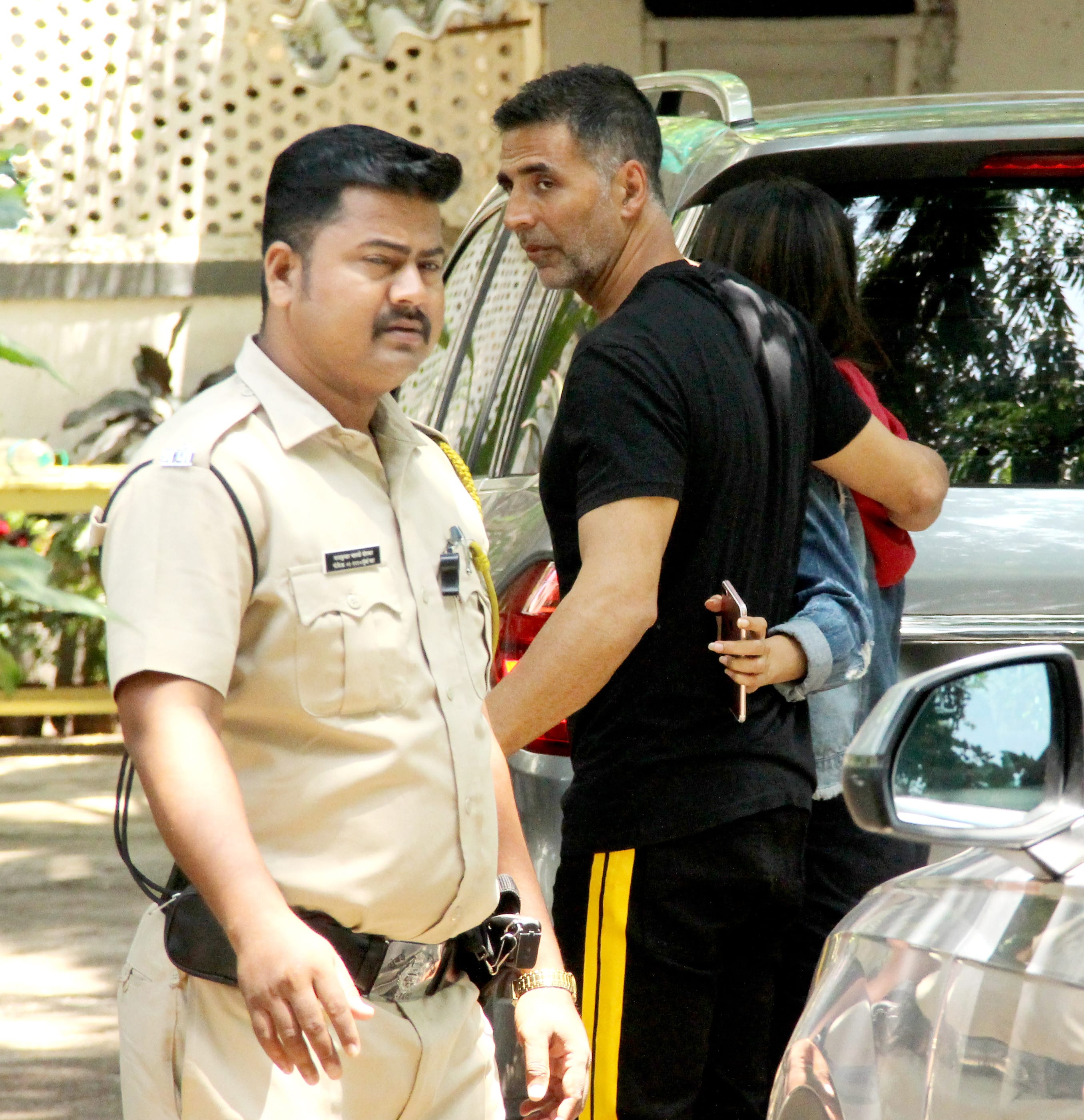 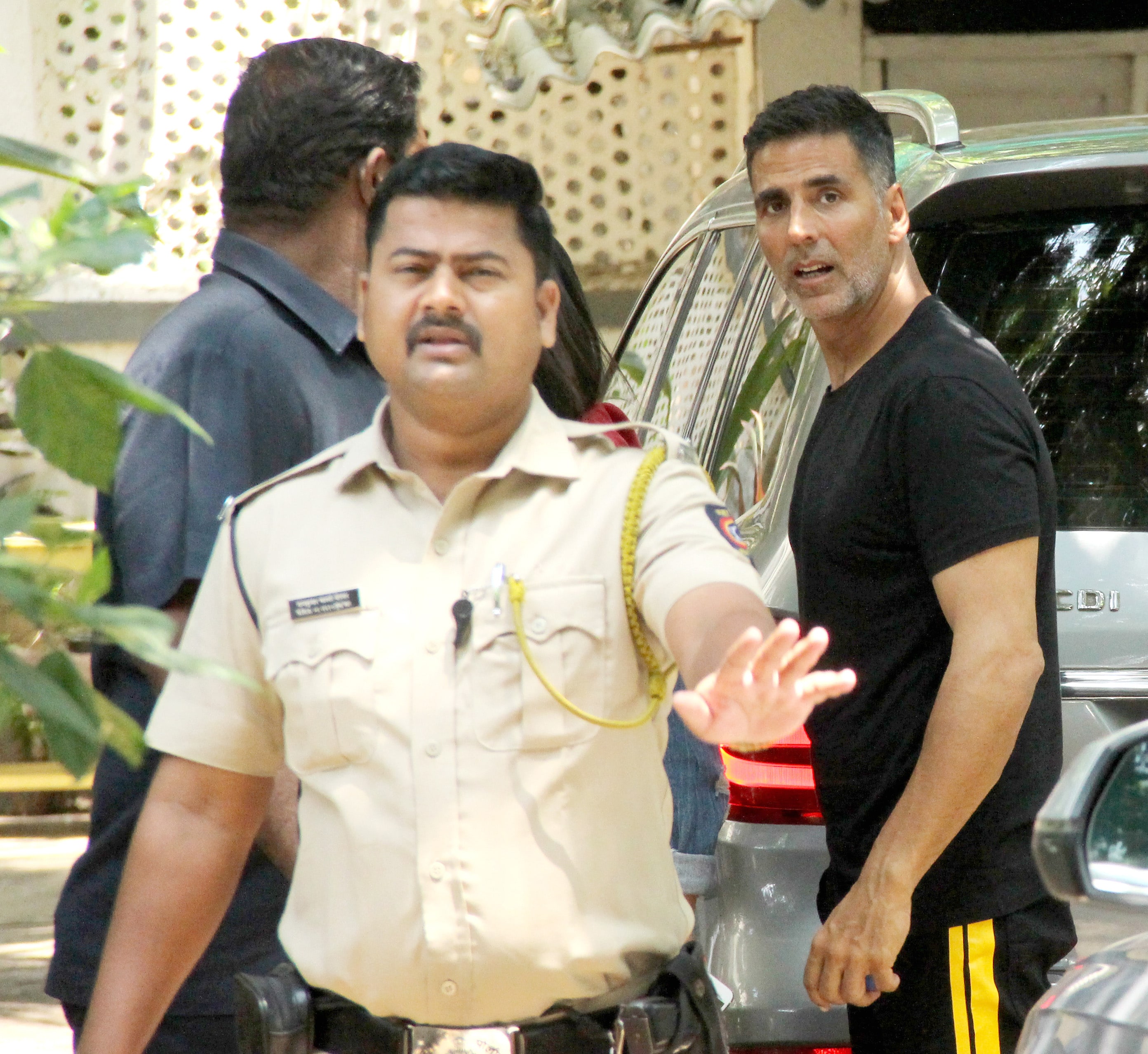 Akshay is known to be a martial arts expert and usually performs stunts in a film by himself. Only last week, the actor took to his Twitter handle and shared a picture from the sets in which he can be seen hanging from a helicopter while the director of the film, Rohit Shetty, rides a bike. 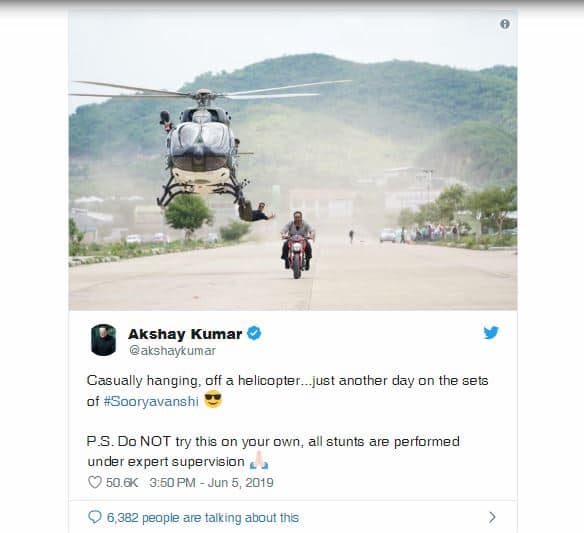 We are sure that made your jaw drop! However, it is to be noted that these stunts are indeed performed under the supervision of experts and must not be tried by anyone.

Coming to the film 'Sooryavanshi', it has Katrina Kaif as the female lead and is produced by Rohit Shetty Picturez, Dharma Productions and Cape of Good Films. The film has Akshay playing the role of a cop and its first look was unveiled in March this year.

The film is slated to hit the screens on Eid next year.

Besides 'Sooryavanshi', Akshay has a couple of films lined up which includes 'Mission Mangal', 'Housefull 4', 'Good News', and 'Laxxmi Bomb'.

Doing sequels not just about challenges for Prabhudheva