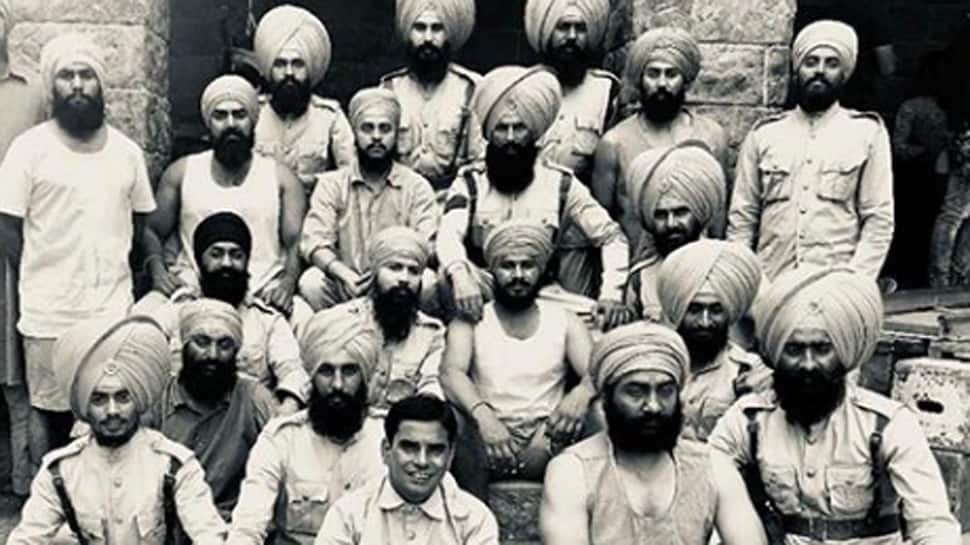 New Delhi: Bollywood's 'Khiladi' Akshay Kumar took the social media by storm on Sunday when he released a brand new still from his upcoming venture 'Kesari'. The film is one of the most awaited releases of the year and will see Akshay playing a Sikh warrior. On the occasion of Lohri, the actor took to Instagram and shared a new still from the movie.

The meaning of the caption is, “Till the time heroes stand up against enemies, the festival of Lohri shall be celebrated on this earth. Happy Lohri to all from the Saragarhi unit of 36th Sikh Regiment”

The film also stars Parineeti Chopra who will be seen playing a proper 'Punjab di kudi'. Last month, Parineeti's look was unveiled and it left us awestruck!

Karan Johar's Dharma Productions, Isha Ambani and Twinkle Khanna are the producers of the film. The period war drama film has been helmed by Anurag Singh and is slated to hit the screens on March 21.