Akshay Kumar, Twinkle Khanna twin in black as they leave for an undisclosed destination — See pics

The much-in-love couple, who recently celebarted their 18th wedding anniversary, have clicked at the Mumbai airport.

New Delhi: Akshay Kumar and Twinkle Khanna made their fans happy after they shared adorable, funny posts for each other on social media on their 18th wedding anniversary. The duo wished each other in the cutest way and their post went viral on the internet in no time.

And now, the couple were snapped at the Mumbai airport while leaving for the city. While their destination remained unknown, they made for a picture perfect duo at the airport.

The duo was twinning in an all-black ensemble.

While Akshay was seen in a black tee and jeans with a zipper jacket, Twinkle wore a black full-sleeved sweatshirt and tights with a scarf around her neck. She carried a green tote bag and wore white sneakers.

Check out their photos from the airport: 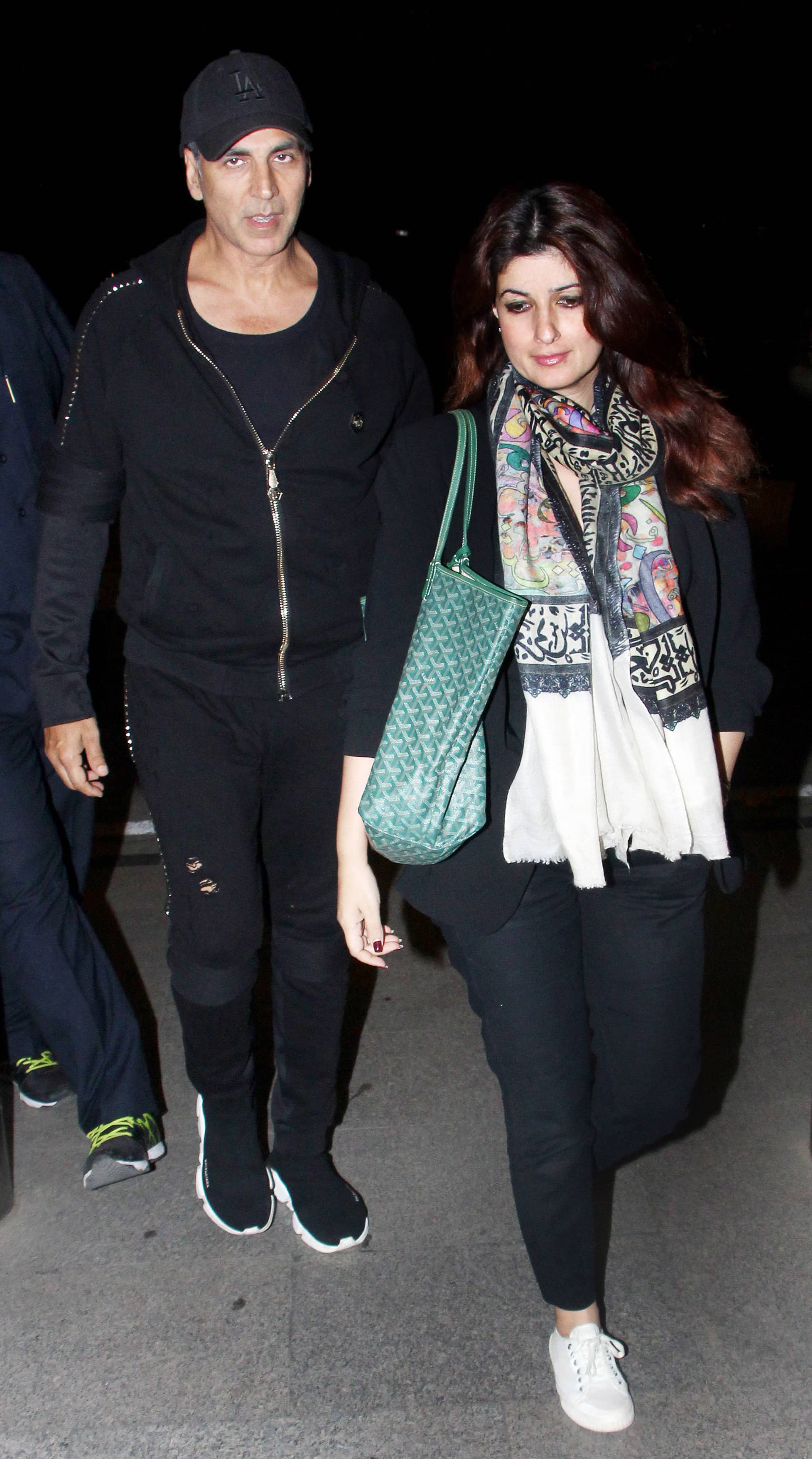 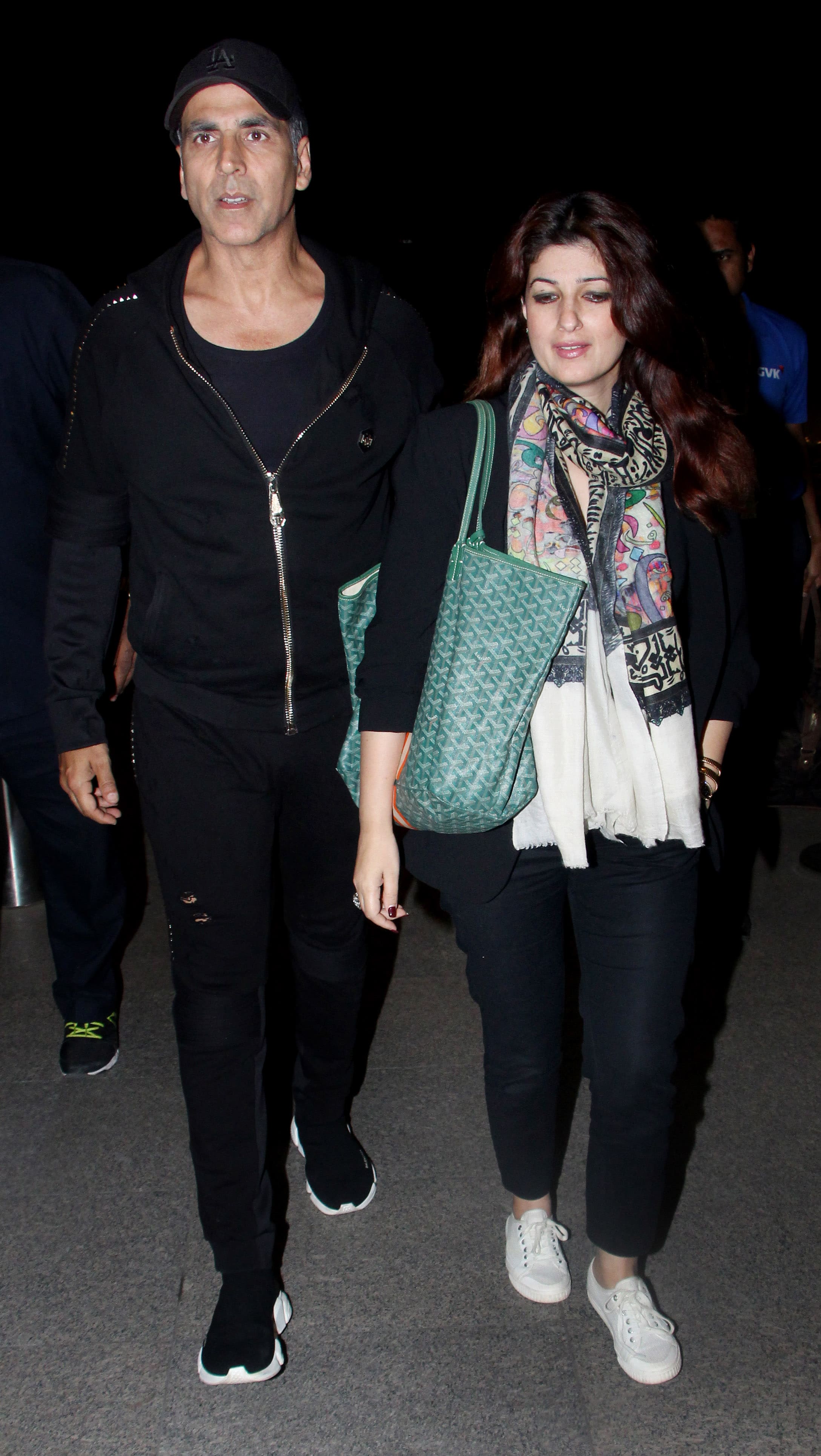 Twinkle and Akshay tied the knot on January 17, 2001, and are proud parents to two adorable children, Aarav and Nitara.

On the work front, Twinkle is winning hearts with her books and columns. Meanwhile, Akshay was last seen in '2.0'. He is now gearing up for the release of his next film 'Kesari', which also stars Parineeti Chopra. The actor will also be seen in 'Mission Mangal', 'Good News', 'Housefull 4' and 'Sooryavanshi'.