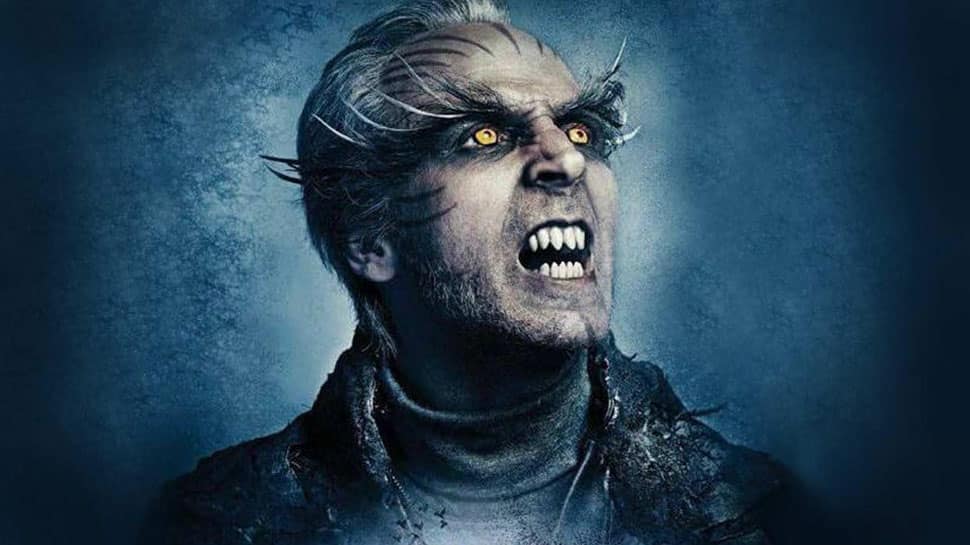 New Delhi: Superstar Akshay Kumar will be seen with megastar Rajinikanth in '2.0' and this is the first time that fans will get to watch these two biggies together on-screen. Akki will be seen playing a negative character in this ambitious project by S Shankar.

Akki took to Twitter and shared a picture of his drastic transformation into the character he plays in 2.0. The make-up took him 3.5 hours time to get ready for his shoot. Check it out here:

After 3.5 hours of makeup, the results were quite astonishing...definitely called for a selfie Witness the transformation in 2 days! #2Point0FromNov29 #2Point0 pic.twitter.com/kuuiODmJQM

'2.0' is written and directed by S Shankar. This happens to be the first Indian film that is directly shot in 3D. '2.0' is a sequel to superhit 2010 Tamil film 'Enthiran' which had Rajinikanth and Aishwarya Rai Bachchan in the lead.

The film is being shot simultaneously in Tamil and Hindi respectively. Academy award winning music maestro AR Rahman has composed music for the film. Reportedly, '2.0' happens to be the most expensive Indian film being made to date. The film will hit the screens on November 29, 2018.