The film is directed by Ayan Mukerji and will release in December this year. 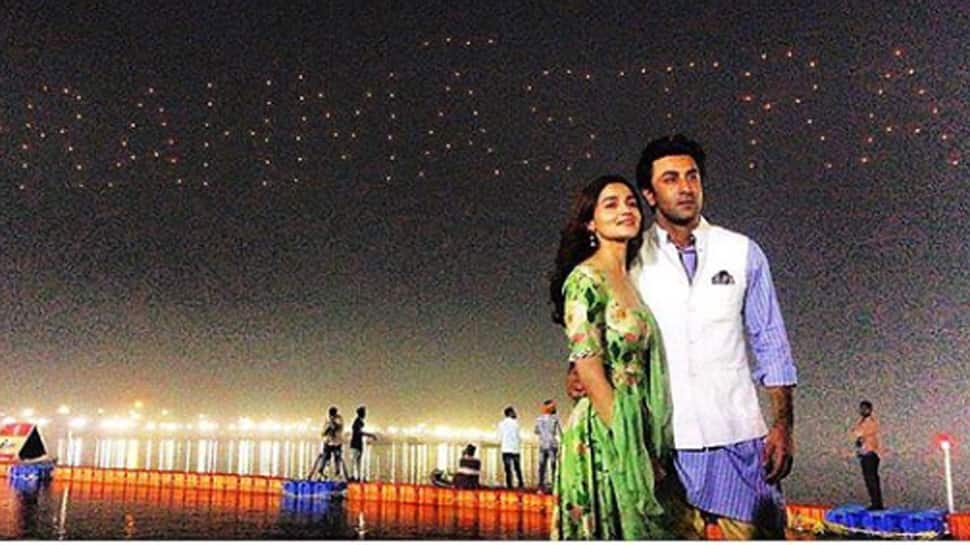 New Delhi: Actors Alia Bhatt and Ranbir Kapoor's first film together, 'Brahmastra' is all set to arrive in theatres this year. The film is one of the biggest releases this year and also has megastar Amitabh Bachchan on board. The film's logo was unveiled by the 'Brahmastra' team recently with drones lighting up the sky.

Alia took to Instagram and shared the logo of the film, along with revealing her and Ranbir's character names.

Check out this pic captioned as, “शिवा और इशा #brahmastra”

Yet another pic was shared by the actress. This is one is captioned as, “im for the sky they say, and we did!”

The film is directed by Ayan Mukerji and will release in December this year.  Karan Johar's Dharma Productions is backing the film.

Rumour has it that love blossomed between Ranbir and Alia on the sets of this film. Even though the couple hasn't made anything official, their time-to-time public appearances tell us there is more than what meets the eye. The duo is often spotted hanging out with each other's families as well.

Rumours of them being a couple gained ground after ace designer friend Manish Malhotra spilled the beans on 'BFF's with Vogue', hinting at their possible 'hook up in 2018'.