Actress Alia Bhatt, who turned a year older on Monday, treated her fans with a first look poster of her character Sita from SS Rajamouli's period-drama RRR. The actress will be seen in a brief supporting role in the film that also stars NT Rama Rao Jr. and Ram Charan. 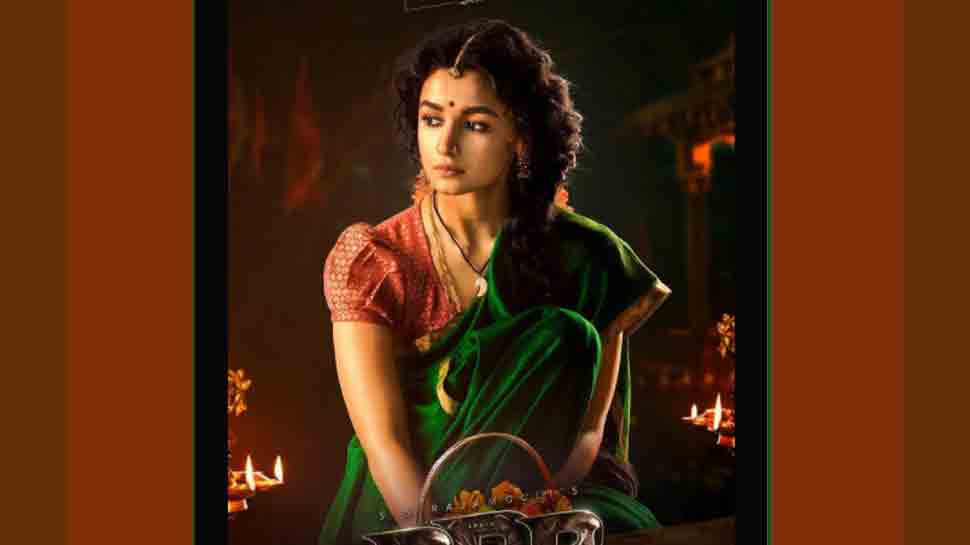 NEW DELHI: Actress Alia Bhatt is celebrating her 28th birthday on Monday (April 15) and to turn the occasion special, the makers of 'RRR' decided to unveil her much-awaited look from the film. Alia plays Sita in the movie.

In the first look, Alia is seen sitting on the floor with earthen lamps all around her and a basket of flowers placed in front of her. She is seen dressed up in a green saree and sporting a maang tika. The actress looks stunning wearing jhumkas, a bindi and a puffed sleeved blouse with her hair tied into a loose braid.

Alia shared the picture with the caption, 'Sita' adding a black heart emoji and the hashtag RRR. The movie marks Alia's first venture with SS Rajamouli and she stars alongside NTR Jr and Ram Charan.

The period-action drama will have the actress in a supporting role.  The film's initial release date of January 8, 2021 has been deferred due to the COVID-19 pandemic. It is now scheduled to release on 13 October 2021 in multiple languages.

On Sunday, Alia had teased her look from the film by sharing the silhouette of her character seated in front of a statue of Lord Ram. Alia joined the sets of the movie earlier this year.