Amitabh Bachchan and other B-Towners are all hearts for ZEE5 original film ‘Bamfaad’ first look!

As soon as ZEE5 released the poster and trailer of their new original film 'Bamfaad', it became the talk of the town, not just amongst the audience but also in the B-Town. 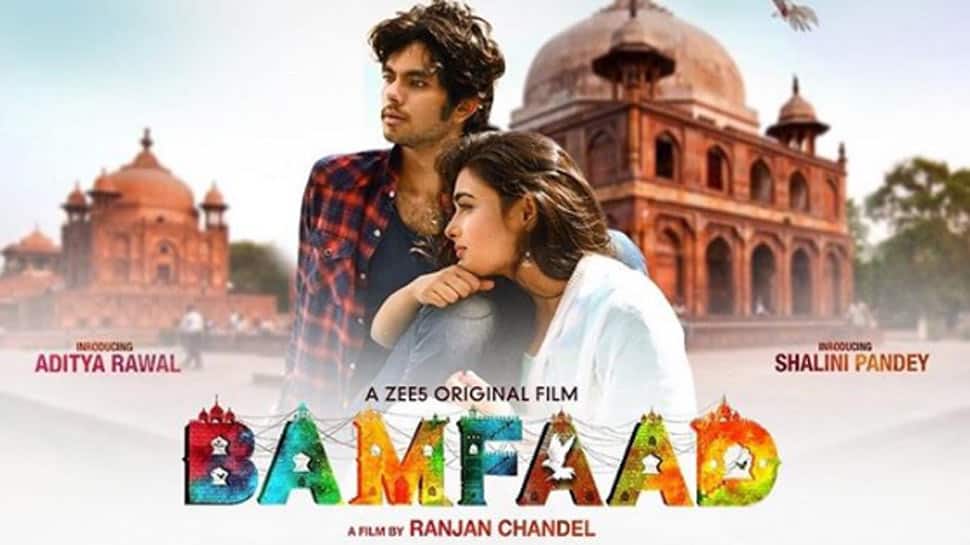 As soon as ZEE5 released the poster and trailer of their new original film 'Bamfaad', it became the talk of the town, not just amongst the audience but also in the B-Town. Veteran actor Amitabh Bachchan was amongst the first few who wished Aditya Rawal good luck for #Bamfaad.

Other well-wishers like Ashutosh Gowarikar, Rakeysh Omprakash Mehra, Gulshan Grover, Shekhar Ravjiani & Rahul Dholakia amongst many others took to social media to write about the film's first look and appreciated the trailer.

Big B shared the poster of the film and wrote, "PROGENY FOLLOWS the ' legendary LEGACY '.. .. my best wishes to Swaroop and Paresh Rawal’s son, Aditya, for his debut film as a leading man. All the very best .. Bamfaad!"

Director Ashutosh Gowarikar wrote, "Another RAWAL enters the world of ACTING!! CONGRATS to the proud parents @SirPareshRawal @YoSwaroop Here’s wishing you Aditya, all the success! Looking forward to #Bamfaad !! #AdityaRawal"

Director Rahul Dholakia wrote, "If you don’t have #zee5, let’s subscribe to it ; at least for watching Aditya’s Film . He is a very talented actor ! Lots of love and luck to him and the team ! April 10th !! #Bamfaad"

Music composer Shekhar from Visham Shekar wrote, " #Bamfaad premieres on the 10th of April. Can’t wait to see it!"

Bamfaad, produced by JAR Pictures and Shaika Films will also star Vijay Varma and Jatin Sarna along with Aditya Rawal and Shalini Pandey. The film is presented by Anurag Kashyap and is Ranjan Chandel’s directorial debut.

ZEE5 announced its next original film 'Bamfaad' which is slated to premiere on April 10, 2020, and is already one of the most awaited and talked about since the announcement.