The currently-untitled film will be helmed by writer-director Rumi Jaffrey. 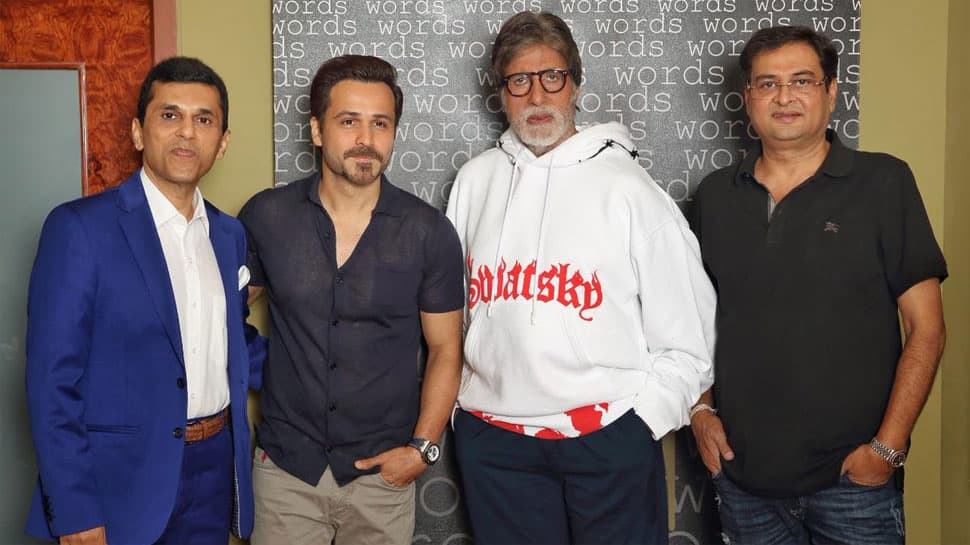 Mumbai: Amitabh Bachchan and Emraan Hashmi are teaming up for a mystery thriller, which is set to be released on February 21, 2020.

It is the first collaboration between Bachchan and Hashmi. The currently-untitled film will be helmed by writer-director Rumi Jaffrey.

"A film is a collaborative effort and when you have one of the best actors in front of the camera and a veteran producer behind the lens supporting you and leading all creative efforts, then making the film is a fantastic experience," Jaffery said in a statement.

The movie is produced by Anand Pandit Motion Pictures and Saraswati Entertainment Private Limited. Producer Anand Pandit said he is looking forward to the project with the two stars.

"My friendship with Mr Bachchan goes back a long way. I have not met any other actor who matches his skill and commitment. It is an honour to be a part of creating a film with him, and I have always admired Emraan's body of work, so am looking forward to seeing him onscreen with the legend for the first time," Pandit said.

The film, set to go on floors from May 10, also stars Annu Kapoor.