Amul's tribute to Vicky Kaushal starrer Uri: The Surgical Strike is too adorable for words

Check out the topical 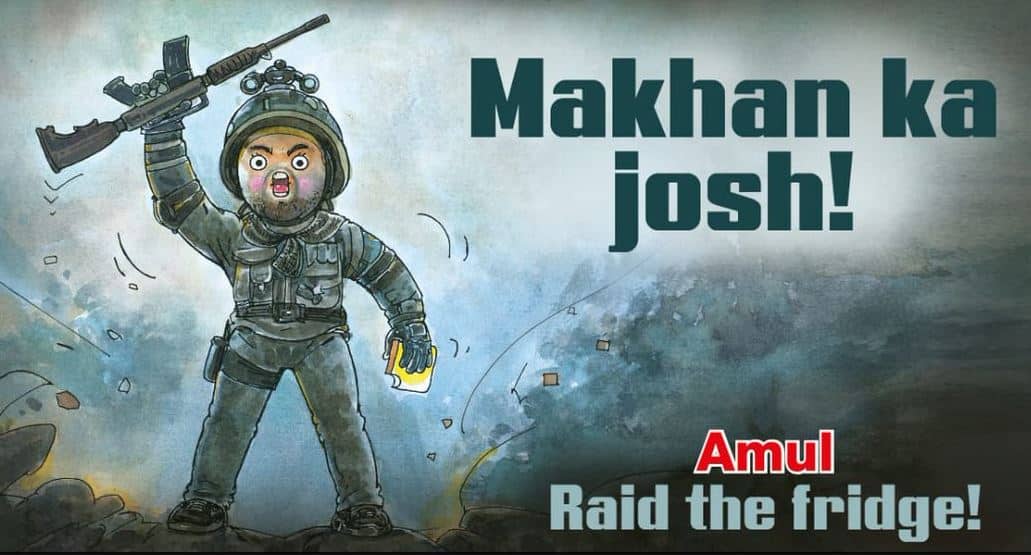 New Delhi: Bollywood actor Vicky Kaushal's military drama 'Uri: The Surgical Strike' is amongst the most unexpected hits of the year. The film was high on content, action and had a great set of actors, who were true to their craft. Not just the viewers, Uri had managed to impress the critics as well. This Vicky Kaushal film has jostled the Box Office by earning over Rs 150 crore in just three weeks.

Owing to its success, Amul has shared a topical as a tribute to the film and it is too cute to miss.

Vicky Kaushal-starrer 'Uri: The Surgical Strike' is a military drama that shows a surgical strike carried out by Indian armed forces on terrorist launch pads at the Pok.  The film released across the country on January 11 and has managed to impress both critics and the audience. As per trade pundits, the Aditya Dhar's war-drama had a roaring start at the Box Office on day 1.