Giving a glimpse about his celebrations, Anil shared a video, where he can be seen with his 'Mubarakan' co-star Ileana D'Cruz, director Anees Bazme and producer Murad Khetani. 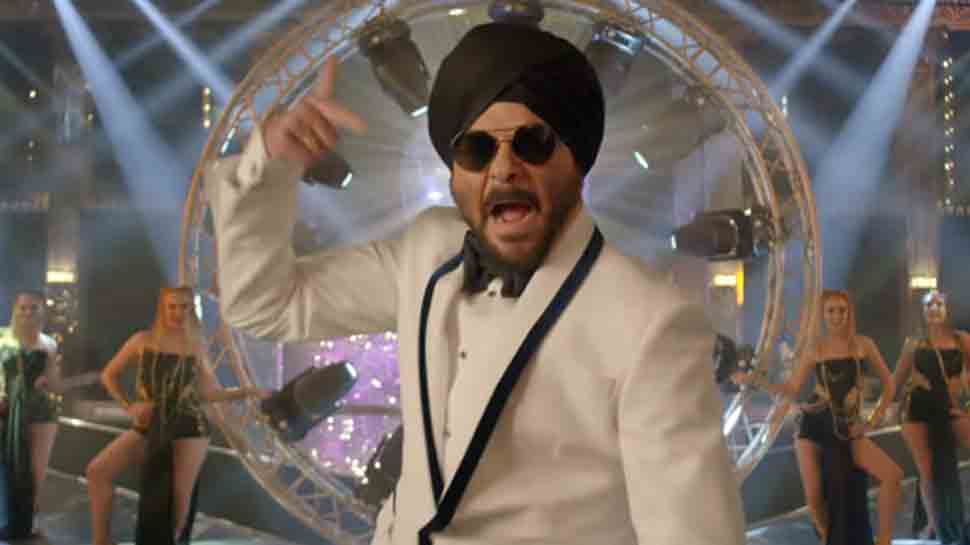 Mumbai: The Anil and Arjun Kapoor-starrer 'Mubarakan' clocked 2 years today and the former is excited enough to celebrate the day.

Giving a glimpse about his celebrations, Anil shared a video, where he can be seen with his 'Mubarakan' co-star Ileana D'Cruz, director Anees Bazme and producer Murad Khetani. In the video, he can be seen narrating how they coincidentally met on the occasion of their film celebrating its two year anniversary.

Unfortunately, the other two-star cast of the film Athiya Shetty and Arjun were missing in the video. Apart from the celebration, the director also hinted about the possible sequel of the film which will either be released on December 25th (Christmas Day) this year or next year.

"So happy to be celebrating 2 Years of Mubarakan with these 3 troopers Ileana DCruze, Anees Bazmee, Murad Khetani. Sending my love to the other members of our crazy family Arjun Kapoor and Athiya Shetty. Thank you for all your love," he captioned the video.

The film 'Mubarakan' revolves around an eccentric man Kartar Singh (played by Anil) who helps his estranged twin nephews (double role played by Arjun) to marry the women they love. Both orphaned and raised apart, the twins come together to serve a greater purpose. The film also starred Sanjay Kapoor, Pavan Malhotra and Rahul Dev in pivotal roles.

Meanwhile, Arjun will next be seen in Ashutosh Gowariker's historical drama 'Panipat' which also stars Sanjay Dutt and Kriti Sanon.

Anil, on the other hand, will be seen in Karan Johar's magnum opus, 'Takht' along with Ranveer Singh, Vicky Kaushal, Kareena Kapoor Khan, Alia Bhatt, Janhvi Kapoor and Bhumi Pednekar in pivotal roles.

He will also be seen in director Mohit Suri's next titled, 'Malang' which stars Aditya Roy Kapur and Disha Patani.