'Jis din is sardaar ki hategi, sabki phategi,' Salman Khan dons the avatar of a Sardar for the first time in the film 'Antim" The Final Truth'. 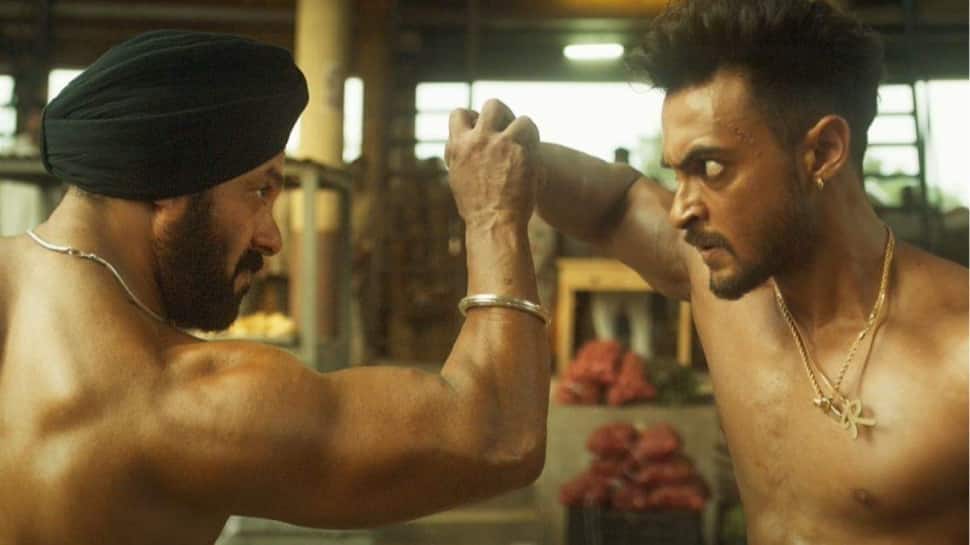 Mumbai: The makers of the Salman Khan, Aayush Sharma-starrer film ‘Antim: The Final Truth’ unveiled the action-packed trailer of the film on Monday. The film also marks the debut of Mahima Makwana.

The trailer comes loaded with pumping action, high-octane background music, and much more.The nearly three-minute-long trailer opens with Salman Khan, who plays the role of a cop, in his first-ever Sardar persona.

The trailer also gives the audience a good peek into the transformation of Aayush’s character, the nemesis of Salman in the movie. Aayush plays the role of an aggressive, dreaded and territorial gangster.

Both Salman and Aayush had to undergo significant physical transformation to play their characters in the film, and the trailer shows precisely that.

Laden with thrilling action, in the trailer, Salman Khan comes out as a ruthless, no-bars-held cop who will stop at nothing to rout out crime.’Antim: The Final Truth’ is directed by Mahesh Manjrekar, produced by Salma Khan and is presented by Salman Khan Films.

The film will be globally released in theatres by Zee Studios on November 26.