The trailer of 'Article15' is hard-hitting, dark and impactful. 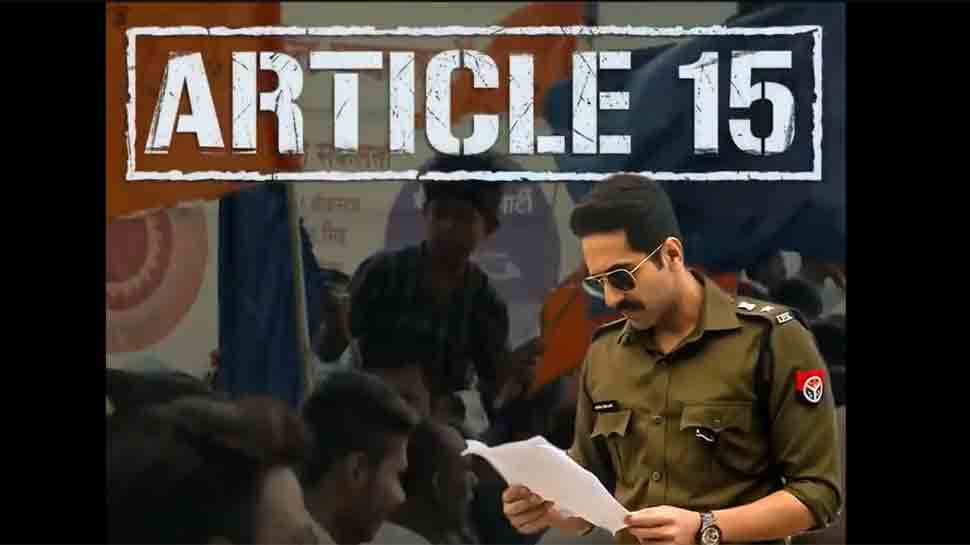 New Delhi: The first official drama of Ayushmann Khurrana's upcoming cop drama 'Article 15' was dropped on Wednesday and it has received a big thumbs up from everyone.

The film draws its title from Article 15 of the Constitution and takes inspiration from true life events. It throws light on how certain castes in the country continue to deal with discrimination, despite that the Article 15 of the Indian Constitution prohibits it by the state against any citizen on the basis of religion, race, caste, sex and place of birth.

From the looks of it, the movie seems to focus on the 2014 Badaun rape case in which two bodies of sisters, who were gangraped, were found to be hanging from a tree. The incident had shocked the entire nation and was also widely reported internationally.

Ayushmann plays police officer Ayan, whose investigation reveals the deep-rooted discrimination, based on caste or creed, that people continue to face. The 3-minute long trailer is a blunt revelation on the caste system in the country.

Penned by Gaurav Solanki and Anubhav Sinha, strong subject of Ayushmann-starrer is sure to pull the crowd to theatre when the film releases, on June 28, 2019.

Taron Egerton shares about his transformation process for Rocketman