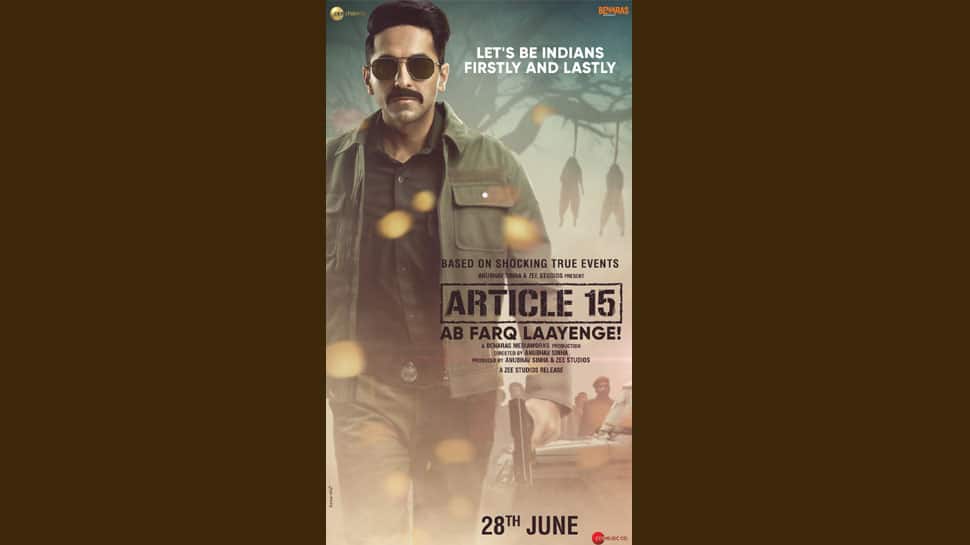 After Andhadhun, Ayushmann Khurrana is set to deliver another stellar performance with his cop avatar in the investigative drama, Article 15. Directed by Anubhav Sinha, inspired by true events, the film offers a realistic take on Article 15 of the Indian Constitution, which prohibits discrimination on grounds of religion, race, caste, sex or place of birth.

The film, riding high on content, where Ayushmann in his gritty cop portrayal, looks promising and has created quite a buzz on social media for its relevant subject. The actor who has earlier played vulnerable roles will be seen in a never-seen-before, intense, heroic cop avatar in Article 15.

The film has garnered extremely good reviews from critics across the country already.

Talking about his role in the film, Ayushmann Khurrana shares, “I think it's just this other side of mine. I have done theatre for five-six years and in most of my plays, I have played characters that were intense or aggressive. That side of mine had not been explored in cinema. This film gave me the opportunity to showcase that side of mine. But, I feel there is still a long way to go and I'm in no hurry to change my character in every film. I think you need to establish yourself in a particular genre to break out of that and then, the audience gets shocked or surprised."

Commenting on the film, Shariq Patel, CEO, Zee Studios added, “After back-to-back blockbusters, Ayushmann has yet again delivered a powerful performance in Article 15. We are delighted to bring to the audiences this hard-hitting, brave film that is the need of the hour.”