The film will see John in the role of a cop named Sanjeev Kumar Yadav. This looks like another entertainer by John after 'Satyamev Jayate'. 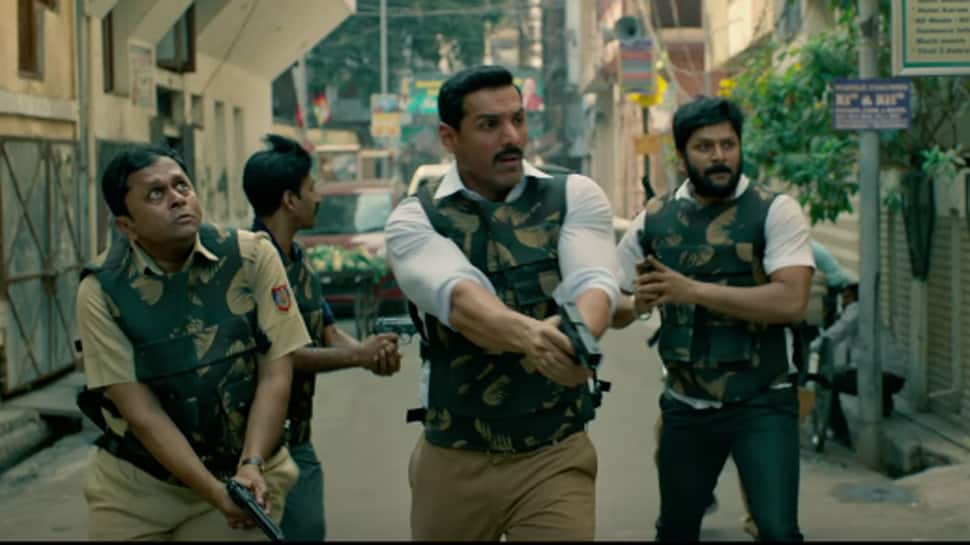 New Delhi: Bollywood actor John Abraham's power-packed 'Batla House' trailer is out and looks intense from the first go. The movie is based on the encounter which raised quite a few eyebrows. 'Batla House' is helmed by Nikkhil Advani.

The trailer has some action-packed sequences with heavy-duty dialogues. The entire narrative has an intense effect and will make you jittery as the case unfolds.

This looks like another entertainer by John after 'Satyamev Jayate'.

The film will see John in the role of a cop named Sanjeev Kumar Yadav. Besides, John in the titular role, there are some known faces such as Mrunal Thakur, Ravi Kishan, Prakash Raj and Manish Chaudhari playing pivotal parts.

Madhu Bhojwani, Nikkhil Advani, John Abraham and Sandeep Leyzell. It is slated to hit the screens on August 15, 2019. The film will clash with Akshay's Mission Mangal this Independence Day.