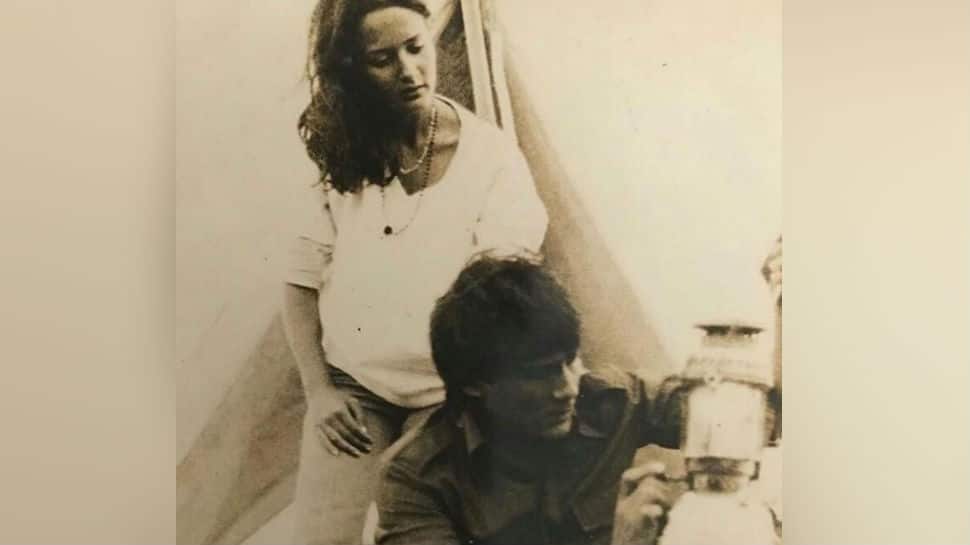 New Delhi: Actor Jackie Shroff has several reasons to celebrate the day - June 5. Wondering why? We'll tell you. Firstly because 'Bharat', his film with Salman Khan, hit the screens today, secondly its his wedding anniversary and to add more to the joy, his wife Ayesha's birthday also falls on the same date.

To celebrate the occasion, Jackie Shroff and Ayesha's son Tiger dug out an old photo from their family album. We bet you cannot recognise the actor in the post at once.

"Happiest birthday to the best mom ever love you most mama and daddy and happy anniversary! So lucky to have you two!" read the caption.

Happiest birthday to the besttt mom ever love you most mama...and daddy  and happy anniversary! So lucky to have you two! @ayeshashroff @apnabhidu

Jackie Shroff married Ayesha on June 5, 1987. Tiger and Krishna are their two children.

On the work front, Jackie Shroff starred in Salman's aforementioned Eid-special release 'Bharat'. He plays Salman's father in the film. Tiger saw his father's film at its star-studded premiere on Tuesday night. He was accompanied by rumoured girlfriend Disha Patani, who is also part of 'Bharat'.

Meanwhile, Tiger, who was last seen in 'Student Of The Year 2', is currently filming Siddharth Anand's film 'Fighters' with Hrithik Roshan. He also has 'Baaghi 3' in the line-up.

Akshay Kumar's new pic from Sooryavanshi sets will make your jaw drop!—See inside