In the video, Salman looks vulnerable as he joins Katrina Kaif and Sunil Grover in a protest to find their missing family members. 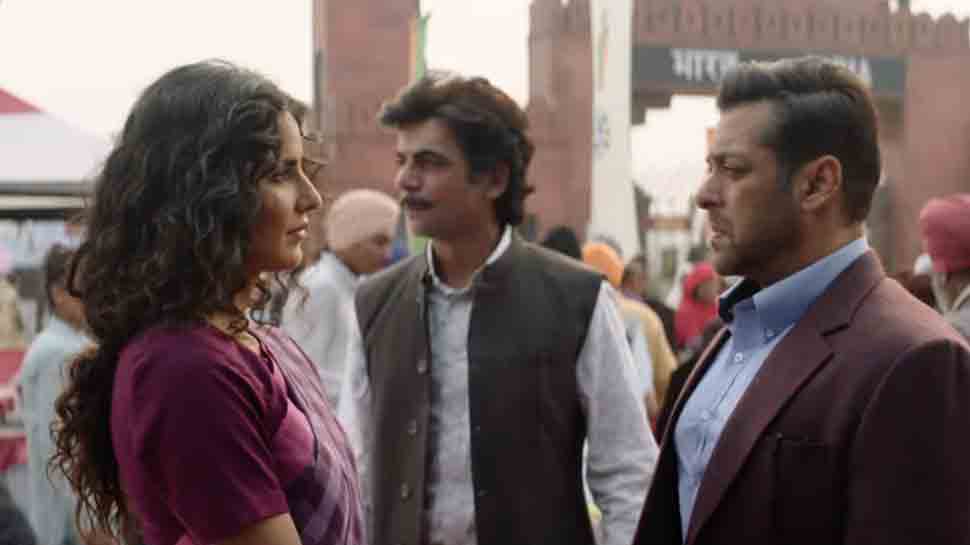 Mumbai: After becoming the biggest opener of this year, filmmakers of the just-released Salman Khan and Katrina Kaif starrer 'Bharat' have put out another soulful melody from the film.

Sharing the song on Twitter, Salman wrote, "An unforgettable melody with powerful lyrics, #AayaNaTuSong OUT NOW!"

Based on the emotions of a son's affection, separation and love, the song starts with Salman Khan`s narration, on how his family got separated from his on-screen father, Jackie Shroff, during the India-Pakistan Partition.

Empowering lyrics along with soulful music characterise the song. In the video, Salman looks vulnerable as he joins Katrina Kaif and Sunil Grover in a protest to find their missing family members.

Sunil Grover and Katrina can be seen to support Salman`s back whenever he seems to be losing hope in his quest of his lost father.In the end, a lot of different scenes, showcasing Salman`s struggles throughout the movie are flashed one after another.

Penned by Irshad Kamil, the song is composed by Vishal-Shekhar duo.

The film, which hit the screens on Eid, has minted Rs 150.10 crores within five days of its release.The Ali Abbas Zafar directorial, which became Salman's highest opener, raked in Rs 42.30 on its first day. The earnings dipped on subsequent days with cash registers making Rs 31 crore on Thursday, Rs 22.20 on Friday and Rs 26.70 on Saturday, adding up to Rs 122.20. It managed to cross the RS 150 crore mark after minting Rs 27.29 crore on Sunday.

The film also features Disha Patani, Sunil Grover, Jackie Shroff, Nora Fatehi and Sonali Kulkarni, and is an official adaptation of the 2014 South Korean movie 'Ode To My Father'.

Salman will next be seen in Prabhu Deva's 'Dabangg 3' and Sanjay Leela Bhansali's 'Inshallah', while Katrina will be seen in Rohit Shetty's 'Sooryavanshi' alongside Akshay Kumar.