The first look of Kartik Aaryan from the sequel to the comedy-psychological thriller has surfaced on the web. The film will be helmed by Anees Bazmee. 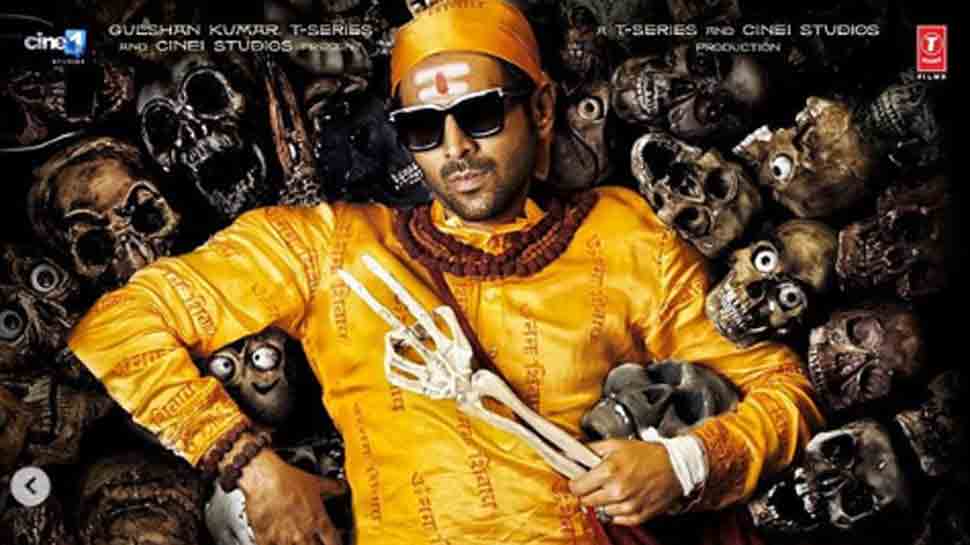 New Delhi: Kartik Aaryan is on a film signing spree. Post the humongous success of his film 'Sonu Ke Titu Ki Sweety', Kartik landed some exciting offers in his kitty, namely 'Luka Chupi', 'Aaj Kal' and 'Pati, Patni Aur Woh' remake. He is also rumoured to have been cast for Karan Johar's 'Dostana 2' opposite Janhvi Kapoor. And the latest addition to the list is 'Bhool Bhulaiya 2'.

While the first installment starred Akshay Kumar, Vidya Balan and Shiney Ahuja, 'Bhool Bhulaiyaa 2' will see Kartik in the lead. The comedy-psychological thriller has a huge fan following and is still a favourite of many. Moreover, Vidya Balan's performance in the film is still considered iconic and regarded as one of her best to date.

On Sunday evening, the actor took to Instagram and shared a picture of himself revealing "something exciting is going to unveil tomorrow". He asked the fans what it could be and received a thousands of responses. "Kuchh exciting aa raha hai kal Any guesses ? Dekhna mat bhulaiya," the actor wrote, dropping a hint about 'Bhool Bhulaiyaa 2'.

Hours later, he took to Instagram and dropped the first look of his character from the sequel, showing himself stepping into Akshay's shoes. He captioned the photos as, "Amije tomaaar shudho je tomaar."

Donning a similar yellow-dhoti-kurta outfit to Akshay's disguise from the prequel, Kartik looks every bit ready to take forward Akki's legacy with this popular horror-comedy franchise. The bandana on his forehead and cotton jhola bag on his shoulder are adding to his 'baba' effect. He is also seen holding an interesting skeleton palm which enhances his look.

In the second picture, he is seen resting midst of skeletons.

Apart from Akshay Kumar, 'Bhool Bhulaiyaa' also featured Vidya and so it will be interesting to see who takes her role. Buzz has been that the makers are considering names like Ananya Panday, Sara Ali Khan and Janhvi Kapoor for the same although an official confirmation of the same remains awaited. Nevertheless, whoever takes up the role, it will be a treat to watch her essaying the iconic 'Manjulika' role on the 70mm screen.

Speculations are also there that Akshay Kumar will be returning to the film and it will be interesting to see how he fits in the sequel.

'Bhool Bhulaiyaa 2' will be produced by Bhushan Kumar, Murad Khetani and Krishan Kumar under T-Series and Cine1 Studios. It is being written by Farhad Samji and Akash Kaushik and will be directed by Anees Bazmee. The film is scheduled to release on July 31, 2020, and will clash with Ranbir Kapoor starrer 'Shamshera' and SS Rajamouliu’s Telugu magnum opus 'RRR'.

Speaking of the first installment 'Bhool Bhulaiyaa', it was released in 2007 and was the first horror-comedy Bollywood ever witnessed. The movie, which is an official remake of Rajinikanth's Chandramukhi (2005) smartly tackled superstitions while throwing light on mental disorders. The film also starred Shiney Ahuja, Paresh Rawal, Rajpal Yadav, Asrani among others.