Newcomer Karan makes his first impression lasting, at least the trailer says so. 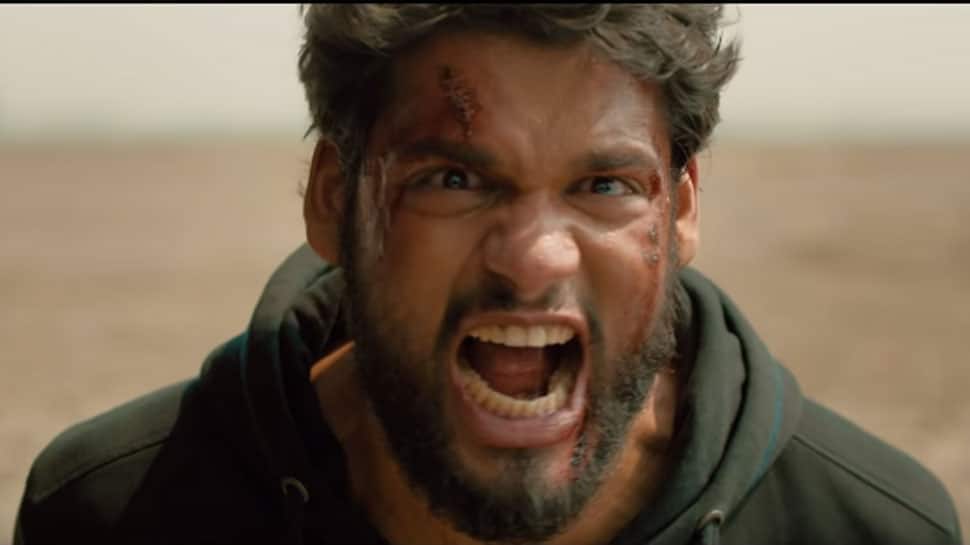 New Delhi: Classic action superstar Sunny Deol is back with yet another adrenaline pumping outing 'Blank'. The actor will be seen playing a top cop in the Intelligence Bureau. The film marks the debut of Karan Kapadia—veteran actress Dimple Kapadia's nephew.

Karan plays a suicide bomber in the actioner which has some thrilling moments. The makers have released the trailer and we must say that it promises to be high on action and thrill. The dialogues are heavy-duty and of course, more so because Sunny paaji delivers them.

Newcomer Karan makes his first impression lasting, at least the trailer says so.

The storyline is hard-hitting and shows how a sleeper terrorist loses his memory after an accident. Deol in one of the scenes can be heard saying, “Terrorism Ka Koi Chehra Nahi Hota” (terrorism does not have a face).

And as an officer sets out to find out the man who has been sent on a deadly mission.

'Blank' is hitting the screens on May 3, 2019. Ishita Dutta Sethi plays the female lead opposite Karan Kapadia in the movie.