Ranveer Singh's 2018 blockbuster hit "Simmba" will be re-releasing in Australia and Fiji, as the world tries to regain normalcy and centres of entertainment re-open amid the deadly COVID-19 pandemic. 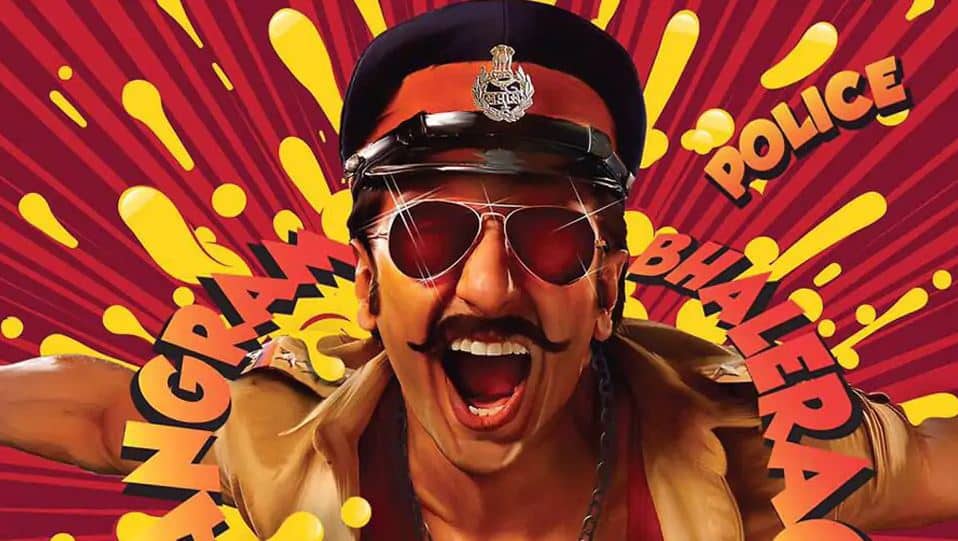 Mumbai: Ranveer Singh's 2018 blockbuster hit "Simmba" will be re-releasing in Australia and Fiji, as the world tries to regain normalcy and centres of entertainment re-open amid the deadly COVID-19 pandemic.

Ranveer took to his Instagram account and shared two posters of the film. One of them read, "Blockbuster returns in cinemas near you" while the other said, "Australia bringing cheers back in cinemas on July 2."

In the Rohit Shetty directorial, Ranveer is seen as the corrupt police officer Simmba, who has a moral turnaround to become the saviour of justice.

The action-comedy drama revolves around a corrupt police officer who eventually stands up against rapists. Also starring Sara Ali Khan, the film opened on December 28 in 2018.

On June 24, it was announced that Shetty's 2017 comedy caper "Golmaal Again" will be the first Bollywood film to get a re-release in New Zealand, as the country opens up to normalcy after controlling the spread of the deadly virus.

"New Zealand decides to re-release 'Golmaal Again' in theatres making it the First Hindi Film to get a relaunch post COVID. New Zealand is now COVID free and is opening its theatres on 25th June with Golmaal Again. As it is rightly said - 'THE SHOW MUST GO ON...'," Shetty wrote.

The filmmaker also shared a poster for the re-release, which states "Let's do it again" -- signally reopening of cinema theatres, which were shut due to the pandemic.