Check out the movie review of the film. 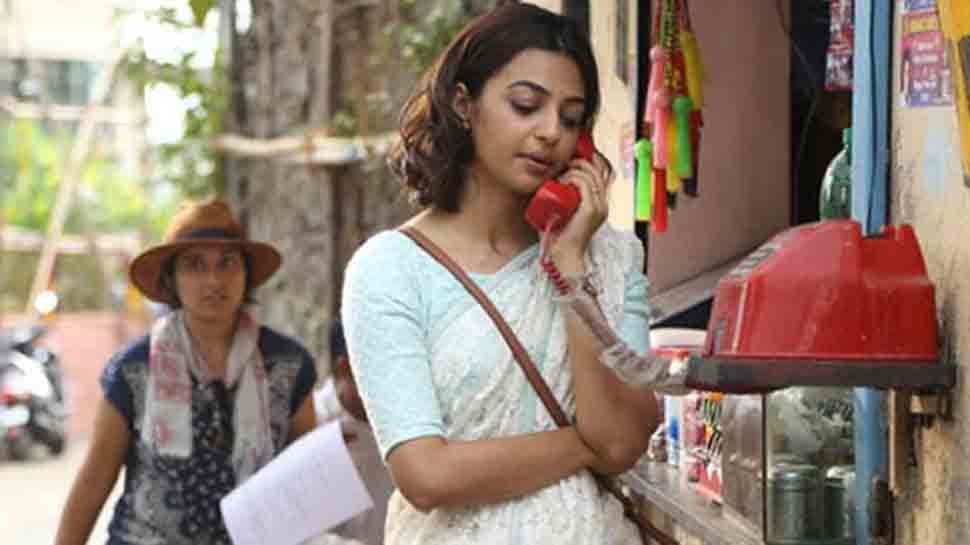 "Bombairiya" is a complexly designed film with a plethora of characters and subplots strewn all over, which makes, holding to the thread of the plot, a bit of challenging. Nevertheless, juggling the tale in the chaos seems to be the hallmark of debutante Director, Pia Sukanya.

"Bombairiya" is an attempt to encapsulate the spirit of the chaotic and fast-paced city of Mumbai. The plot set against the city, represents a day in the lives of its dwellers and how, unknowingly, their lives are inextricably co-mingled.

Meghna Shergill (Radhika Apte), a PR professional handling the work of Superstar Karan Kapoor (Ravi Kishen) is having a bad day, which begins with her unsuccessfully trying to burn his standee. Things get even worse when embroiled in a road accident, one of the aggrieved parties, a delivery boy, (Siddhanth Kapoor) snatches her phone and speeds away.

Adil Hussain a politician Pandya, in jail is trying to remote control an underground encounter specialist police officer Da'mello (Amit Sial) and making him unearth a star witness, who could jeopardise his chance of ever being let out of prison.

With a borrowed phone from a passer by Pintu (Akshay Oberoi), trying to help Meghna, she gets further entrapped in a series of untoward events and people, all of which are inadvertently related.

While the intent of the film is clearly a black comedy with subtle messages, the approach by the director and the convoluted plot are its undoing. Too much, too soon, is a mantra that has gone awry. The first 15 minutes of the film leave the audience baffled, grappling to make sense of the characters and situations thrown at them.

The second half definitely answers some of those questions, albeit in a complex manner. Peppered with Kabir's dohas, the fragile attempt at driving home the point that people, even strangers meet with a purpose, fails to make an impact.

Despite having exciting and comic moments loaded with complex but trite situations and witty dialogues, the confusion caused within the plot is its undoing. The film fails to engage a curious or intelligent viewer.

The message of a witness protection program, as the need of the hour in our country, appears weak and incredulous, in the bargain.

On the performance front, the film belongs to Radhika Apte, who single-handedly carries the film on her shoulders and delivers Meghna, with conviction. The weak script and convoluted plot don't help her though.

Adil Hussain as the corrupt Politician Pandya, is wasted in an obscure and staid role. Akshay Oberoi as the idealistic, super-hero fan, living in his utopian fantasy is cute and charming. Though he makes his presence felt, his character Pintu does not help him break from the clutter.

Siddhanth Kapoor as the delivery boy, makes a serious attempt, but is hugely limited in his repertoire of expressions.

Ravi Kishen and Shilpa Shukla as his politician wife, are stereo typed. Ajinkya Deo as Police Commissioner Wadia, towers the screen and makes his presence felt.

Overall, the frenetic pace of the film notwithstanding, "Bombairiya" is a mirror of the society in Mumbai and being city-specific may fail to be relevant across India, but nevertheless it works as a screwball comedy.