Priya Prakash Varrier starrer 'Sridevi Bungalow' has generated enough buzz, though all for the wrong reason, much before its release. The film, directed by Prasanth Mambully, landed itself into a controversy after the makers dropped the first trailer. 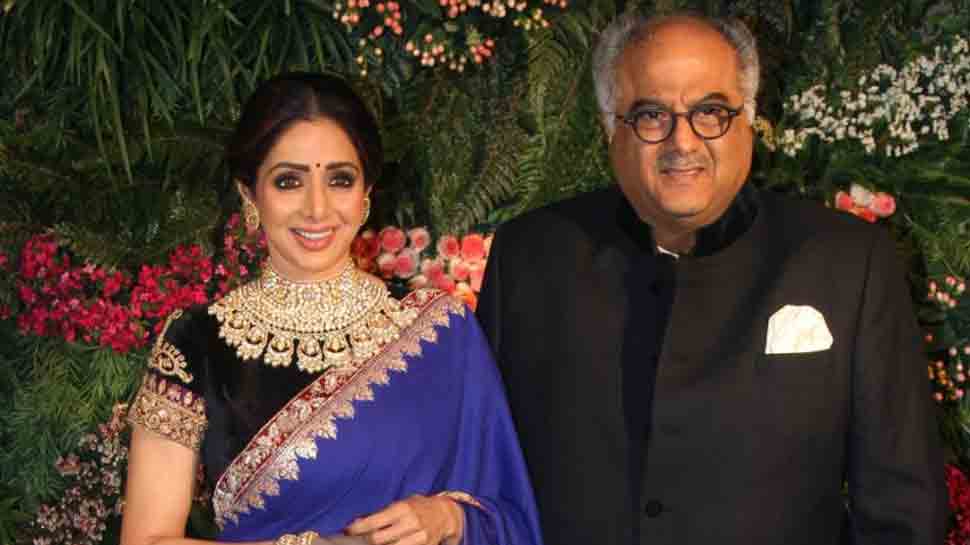 New Delhi: Priya Prakash Varrier starrer 'Sridevi Bungalow' has generated enough buzz, though all for the wrong reason, much before its release. The film, directed by Prasanth Mambully, landed itself into a controversy after the makers dropped the first trailer.

Released recently, the trailer has raised quite a few eyebrows. It shows Priya Prakash Varrier in the role of an actress by the name of Sridevi, who appears to be very lonely. The end of the teaser has a shot of bathtub with a woman's feet hanging out of it lifelessly. The scene is eerily similar to that of Sridevi's death last year since the legendary actress passed away due to accidental drowning in a bathtub during her stay in Dubai's Jumeirah hotel.

Minutes after the trailer was unveiled, the makers started to face the flak by the audience who felt that the film is a mockery of late superstar Sridevi's life.

According to a report published in in Deccan Chronicle, Boney Kapoor is quite miffed with the makers for the sleazy representation of his late wife Sridevi's life. A source told the daily that Boney is in no mood to make any statement as the makers behind 'Sridevi Bungalow' are looking at how to generate curiosity in their film.

The source added that Boney, however, will take every legal step to prevent the film from being released.

"For Boney, a sleazy representation of his wife’s life is unacceptable. He will not rest easy until this project is aborted," the website quoted the source as saying.

It is to be noted that Boney had already sent a legal notice to the team. Confirming the same, 'Sridevi Bungalow' director Mambully told Cinestaan.com, "We received a legal notice from Mr Boney Kapoor last week. And we will face it. I want to My film is a suspense thriller. I told him (Boney Kapoor) that Sridevi is a common name. My film's character also happens to be an actress. We will face it (the legal case)."

On the other hand, Priya has come out in the support of the director saying that 'Sridevi' is just the name of her character in the film and the film has nothing to do with the late veteran actress. "Who would want to create such controversies? I think the curiosity surrounding the trailer is good and we have to leave it to the audience to judge if the film is based on the veteran actress Sridevi ma'am," Priya told exclusively to Times Of India.

And though, she is elated with the response the trailer has generated, in her opinion, it is unfortunate that the film has courted controversy.