'Bulbbul' review: The triumph of this film lies in the idea it serves 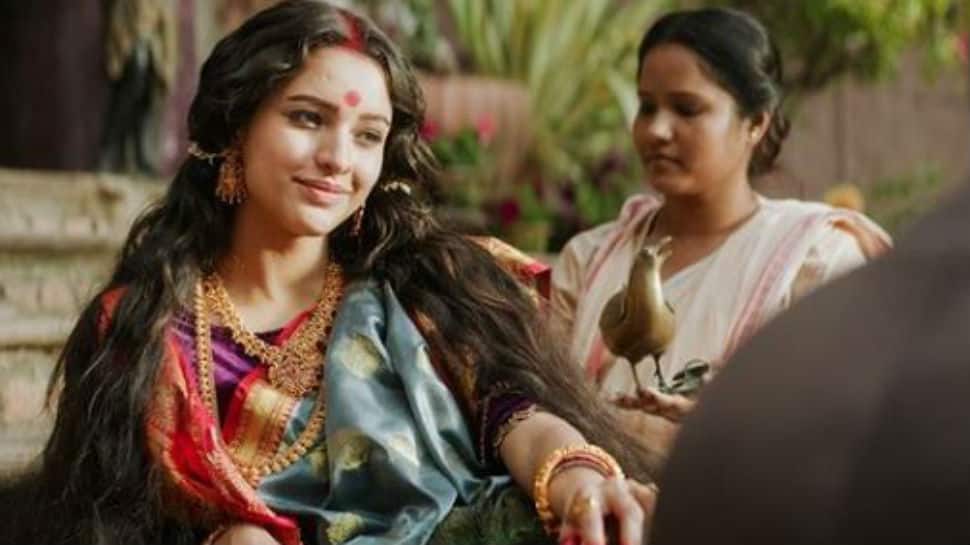 Why must women wear toe rings? Little Bulbbul asks her aunt. "So that they can be kept under control," the aunt replies. "What is control?" the girl whispers innocently, as the aunt carries Bulbbul in her arms to her wedding mandap, to be married off to a rich landlord decades older.

Artisans holding pride in crafting exquisite finery may flinch at that logic defining the piece of toe ornamentation, but the conversation does set the tone for a fascinating feminist allegory right at the start of this tale.

Bollywood lyricist-writer Anvita Dutt makes the season's most exciting directorial debut with "Bulbbul", a classic horror reorganised to make a solid statement about gender abuse. The setting is late 19th century Bengal, amid the lavish excesses of babu-dom. It is a world that has traditionally rendered rich aesthetics to the Bollywood screen -- from every "Devdas" worth a recall and "Sahib Biwi Aur Ghulam" to "Parineeta" or "Lootera". It is also a world of colourful, chauvinistic amorality, films and fiction of the past have often portrayed.

Dutt and her creative team take that milieu and add the hues of horror to it, shifting on cue of the narrative's mood from sombre dark tones to the ominous glow of the blood moon that symbolises vengeful carnage unleashed by womanhood wronged.

The story starts off with child bride Bulbbul getting married to the rich zamindar Indranil (Rahul Bose), who is much older. Indranil's mentally unstable twin brother Mahendra (Bose in a double role) has a roving eye for the child bride, it becomes obvious right away. The only person Bulbbul can relate with at her in-laws' place is Satya, Mahendra's youngest brother who is just a few years older than her.

The narrative jumps to 20 years later after that brief prelude. Satya, now a strapping young man (Avinash Tiwary), returns from London after studying law, and he is surprised to find timid little Bulbbul has morphed into the assertive young mistress (Tripti Dimri) of their ancestral mansion. Satya hears strange tales, of men in the village being killed by a 'chudail' (demon woman), even as he starts falling for Bulbbul.

Anvita Dutt has set up a grand canvas for her fright fable, which unfolds as an interesting piece of cinema bearing varied artistic influences. The visual aspect is suitably mainstream in order to woo the new-age OTT crowd, resplendently bringing out gorgeous medieval Bengal with the same assuredness as it uses VFX to create the paranormal terror. More impressive are the relationship nuances that remind you of Tagore novels as "Chokher Bali" or "Nashtanirh" (filmed by Satyajit Ray as "Charulata").

Yet, the most interesting aspect of "Bulbbul" has to be the way in which Dutt has envisioned her 'chudail'. The demon woman here is imagined as a superhero of sorts, defying traditional Indian lore. She invokes terror in the heart of every man, even as tales of her twisted feet and the sinister forest where she lives abound. Yet, her brutal retribution is reserved only for the ones that have wronged women.

The triumph of this film lies in the idea it serves, provocative for the way it challenges societal norms even as it sets up a tale of slowburn tension, propped up by a cast that does its job sufficiently. But "Bulbbul" is predictable, and for a horror film that is a downer. The narrative could have done with a few more smart spins as it moved ahead.