Connected from the minute I heard 'The Sky Is Pink': Priyanka Chopra

'The Sky Is Pink' is set for a world premiere at the 44th Toronto International Film Festival, Priyanka Chopra said that she "connected" with the film "from the minute she heard it". 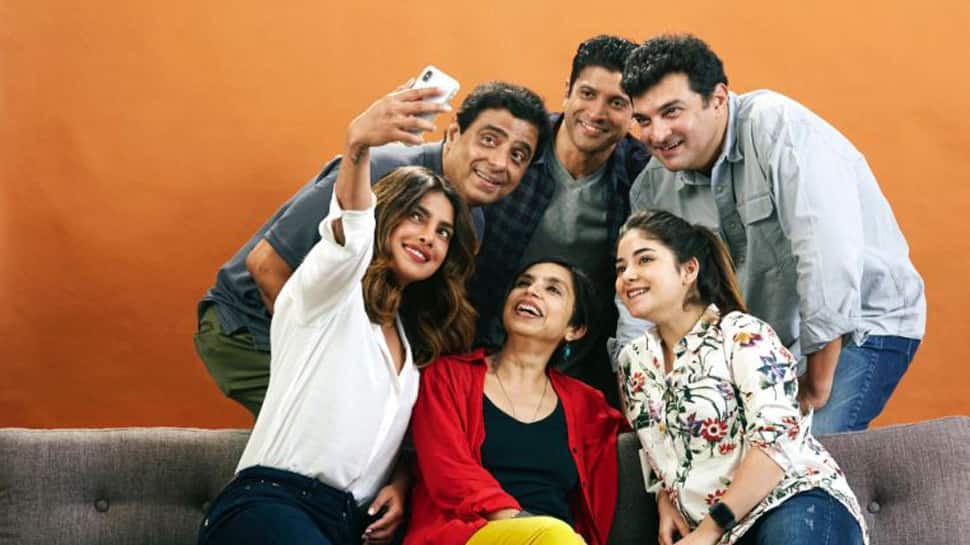 New Delhi: As 'The Sky Is Pink' is set for a world premiere at the 44th Toronto International Film Festival, Priyanka Chopra said that she "connected" with the film "from the minute she heard it".

"'The Sky Is Pink' is a story that I connected with from the minute I heard it and in Shonali Bose's hands, it's been crafted into a moving, beautiful film that will renew our faith in love and life," Priyanka explained.

The 37-year-old, who will be seen essaying the role of Aditi Chaudhary, has co-produced the film with Ronnie Screwvala and Siddharth Roy Kapur and feels "so proud" of the project.

"I am so proud of this film and am honoured that the film's world premiere will take place at the Gala Presentation at TIFF 2019. I'm looking forward to being back at TIFF once again to showcase our small package of love to the world," she said.

TIFF is one of the largest and most prestigious film festivals in the world. Only 20 films get selected for the Gala Presentation from around the world each year and 'The Sky Is Pink' became the only Asian film to be selected.

Director Shonali Bose also expressed happiness after the film's selection and said, "The film is a deeply personal and an incredibly special one for me. At its core, this is an extraordinary story of what it means to be a family. I am honored that the film will premiere at TIFF - my third film to premiere at TIFF and I cannot wait."

Thrilled to announce that The Sky is Pink will have it’s world premier at TIFF as one of 20 Gala presentations- the only Asian film this year in the Galas. The BEST most special and miraculous part is that this - the World premier - will take place on September 13, Ishan’s deathday. It’s a clear sign from him that he’s fully with his Mum and has blessed this film right from the start. In fact it was last year on his birthday that the making of the film started as on that day I woke up in LA to a message that PC loved the script and wanted to meet me. With Ishan and Aisha (Chaudhary) above and a fantastic cast and crew below - we turned the sky pink.

'The Sky Is Pink' is the incredible love story of a couple, Aditi (Priyanka) and Niren Chaudhary (Farhan Akhtar) - spanning 25 years, told through the lens of their teenage daughter Aisha Chaudhary (Zaira Wasim), who was diagnosed with a terminal illness. The film is slated to release worldwide on 11th October 2019.