She is playing Shakuntala Devi aka Vidya Balan's daughter in the movie. 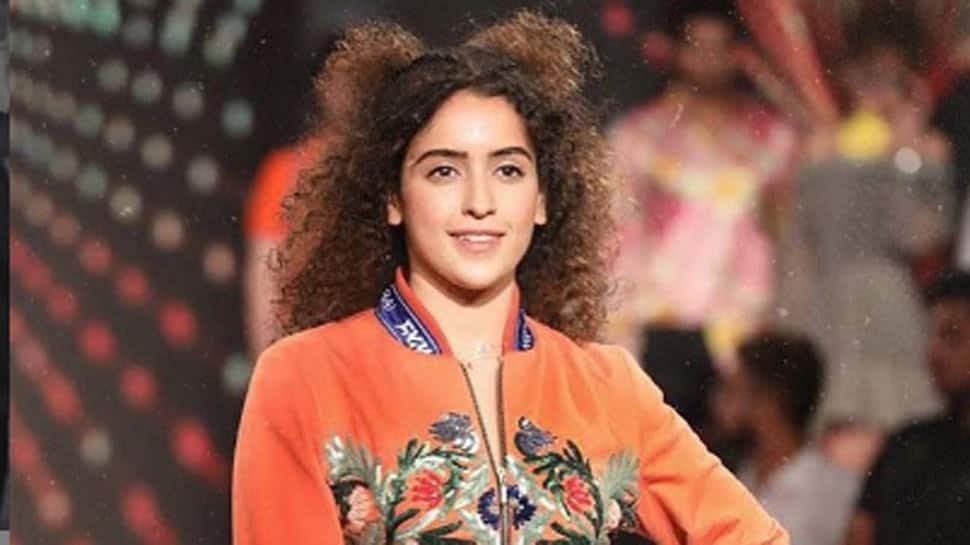 New Delhi: Actress Sanya Malhotra is a bundle of talent. From acting to dancing, this 'Dangal' girl has left her fans mighty impressed. The actress is all set to entice her viewers with the upcoming movie 'Shakuntala Devi' which is set to release on Amazon Prime Videos.

She is playing Shakuntala Devi aka Vidya Balan's daughter in the movie. The movie is set to stream on July 31, 2020. Let's take a look at some of her best films so far:

Sanya Malhotra made her debut with 'Dangal' along with Fatima Sana Shaikh. The Aamir Khan starrer became a huge hit. Aamir played Mahavir Singh Phogat, a retired national level wrestler who trains his daughters Geeta Phogat and Babita Kumari to represent his country in the wrestling arena.

In Pataakha, Sanya Malhotra played a young and vibrant woman, whose sole ambition in life is to keep getting in the way of her sister, played by Radhika Madan. The film was by Vishal Bhardwaj.

The 'Photograph' showed the story of a street photographer, played by Nawazuddin Siddiqui and a stranger, essayed by Sanya Malhotra. The actress plays a Mumbai girl in the movie which went on to get acclaim critically.

The film is based on the life of the Maths genius Shakuntala Devi (played by Vidya Balan) where Sanya will be portraying the role of her daughter Anupama Banerji.

Bollywood wakes up to COVID-19 insurance