Deepika Padukone announces next project, to star with Rishi Kapoor

'The Intern' Hindi adaptation will release in 2021 and Deepika is one of the producers. 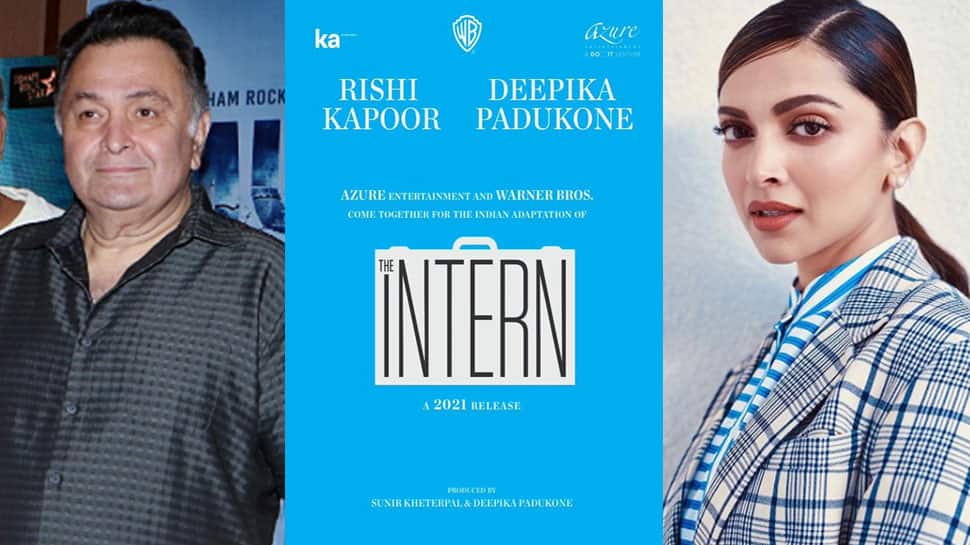 New Delhi: Bollywood actress Deepika Padukone has announced her next big project. The tall and talented star will be seen in the official Hindi adaptation of Hollywood blockbuster 'The Intern'. Veteran actor Rishi Kapoor will play the lead opposite Deepika in the movie.

She announced the movie on her social media and Rishi Kapoor too shared it on Twitter. She wrote: Thrilled to present my next! The Indian adaptation of #TheIntern  A 2021 release!
Presented by  @_KaProductions  @warnerbrosindia  and  @iAmAzure See you at the movies! @chintskap

Thrilled to present my next!

The Indian adaptation of #TheIntern

The film will release in 2021 and Deepika is one of the producers. It will be presented by Warner Brothers India, KA Productions and Azure Entertainment.

Deepika was last seen in 'Chhapaak', a film by Meghna Gulzar. It was based on the real-life incident of acid attack survivor Laxmi Agarwal. The film also marked her maiden production venture.