After Goliyon Ki Raasleela Ram-Leela, Deepika worked with Bhansali in Bajirao Mastani, and now she is awaiting the release of their third project Padmavati. 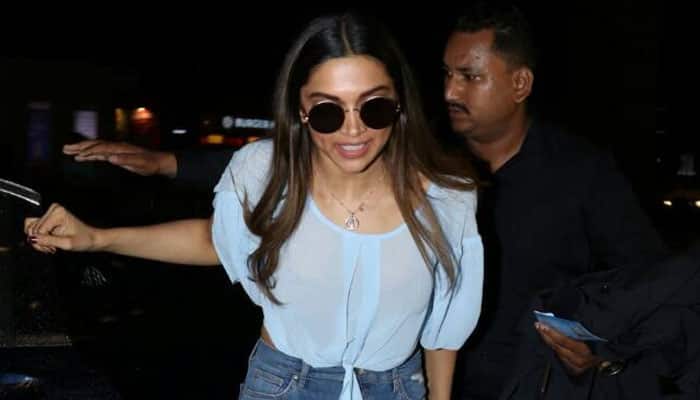 Mumbai: As Goliyon Ki Raasleela Ram-Leela clocked four years since its release on Wednesday, actress Deepika Padukone, who has worked under Sanjay Leela Bhansali's direction for three back-to-back films, says he brings something new to the table every time.

After Goliyon Ki Raasleela Ram-Leela, Deepika worked with Bhansali in Bajirao Mastani, and now she is awaiting the release of their third project Padmavati.

She says they are "so similar, yet so different".

"It's one of the apprehensions people had when I said I was working with Bhansali for the third time around in a span of few years. Everyone had the same concern that you're going to work with the same director again and it's going to be the same kind of film, a historic period film.

"But I believe he is going to bring something new to the table everytime we collaborate, because he is capable of it, and of seeing me and portraying me so differently in three films," Deepika told IANS over phone from Mumbai.

She said what binds the three characters -- Leela in ... Ram-Leela, Mastani in Bajirao Mastani and Rani Padmavati in Padmavati -- is these are "inspiring Indian women" who are independent, confident and strong.

When she chooses a movie tagged as a historical drama, to what extent does she indulge in research herself?

Deepika said: "I think it depends from director to director, project to project. I think there are certain films where I would do my own research and prep, and then when you work with a Sanjay Leela Bhansali, you just follow his vision. He is the captain of the ship."

The actress shares an unspoken understanding with Bhansali.

"He doesn't say much to me, and I don't need to say much to him. And it's an observation people also around us have made... There's immense amount of love, respect and trust."

Padmavati is slated to release on December 1, after which Deepika wants to take a "much-deserved" break with her family.

"It's something I'm looking forward to. They are what keep me grounded."

After that, she will dive into another film with her Piku co-actor Irrfan Khan. It will be directed by Honey Trehan, and will feature her as a don.

Queen to don -- that's quite a transition.

"I love it. I am always up for a challenge, although people around me feel like... I also feel like I need to do something slightly less demanding, slightly less emotionally draining, but I get drawn to these kind of films."

"I don't know, let's see. Wherever creativity takes me."