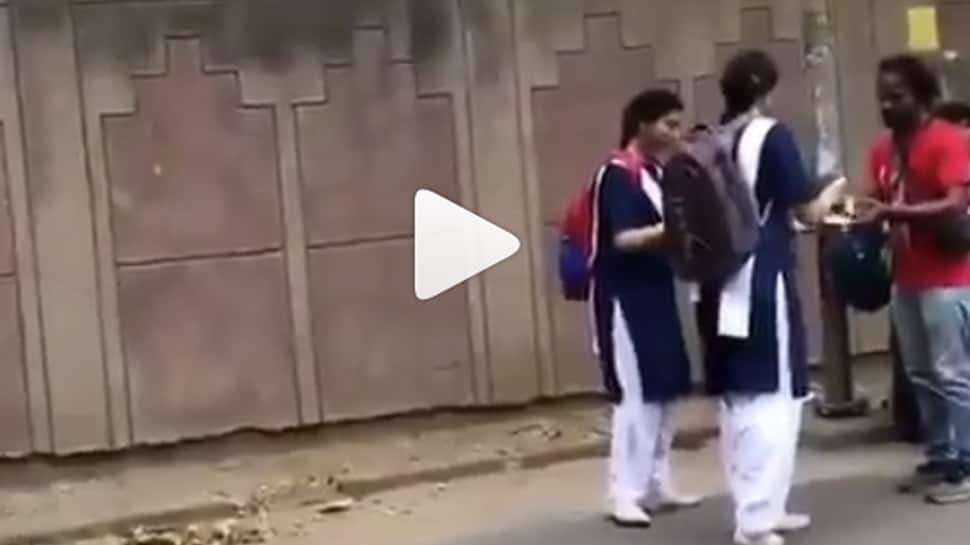 New Delhi: Bollywood actress Deepika Padukone is busy shooting for Meghna Gulzar's 'Chhapaak' in Delhi. A couple of days ago, a video of Deepika and the film's lead actor Vikrant Massey from the sets went viral.

Now, another video from 'Chhapaak' sets has surfaced on the internet and people can't contain their excitement after watching it. Dippy is in the garb of a school girl in the video who is standing along with a friend and eating street food.

Check out the video here, as shared by a fan club on Instagram:

Well, that will surely take the excitement level for the film up a notch. Deepika plays the role of acid attack survivor Laxmi Agarwal in 'Chhapaak'.

The actress's transformation in the film was praised by fans as well as celebs from showbiz.

Deepika was last seen in Sanjay Leela Bhansali's 'Padmaavat' that released in January 2018. So, in a way, 'Chhapaak' marks her comeback after a gap of two years.

The film is being directed by Meghna Gulzar who previously helmed 'Raazi'.