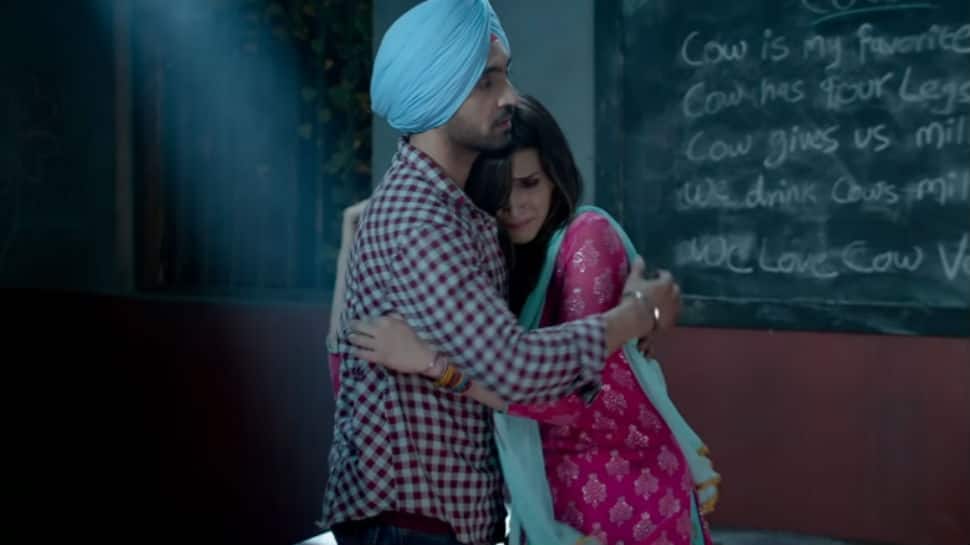 The comforting lyrics are penned by Guru Randhawa.

The pain of separation and the rift between the lead pair will surely leave you teary-eyed.

The song portrays an emotional Kriti recollecting the time spent with Diljit, including some funny moments together. The pain of separation is such that at one point, Kriti is unable to present the news on television and bursts out in tears.

The song has been composed by Sachin - Jigar and Guru Randhawa.

Diljit shared the song on his Twitter handle. "ARJUN PATIALA` MANDATORY SAD SONG "DIL Todeya " OUT NOW," he wrote. Earlier the makers of the film released five songs including `Main Deewana Tera,` `Crazy Habibi Vs Decent Munda,` `Sip Sip,` and `Sachiya Mohabbatan.`The trailer of the low budget film promises to give fans a heavy dose of over the top emotion which will leave you in splits.

Co-produced by T-Series honcho Bhushan Kumar and Dinesh Vijan of Maddock Films, the romantic cop spoof comedy movie is set to hit the theatres on July 26.

Diljit will be next seen in `Good News` along with Kareena Kapoor Khan, Akshay Kumar and Kiara Advani. Kriti will be seen next in `Housefull 4` which has an ensemble star cast including Akshay Kumar, Riteish Deshmukh, Kriti Kharbanda, Bobby Deol, Pooja Hegde, Chunky Panday, Johnny Lever, and Boman Irani, among others.