Khan said the screening at Berlin is a moment of achievement for her because she doesn't belong to the field of filmmaking. 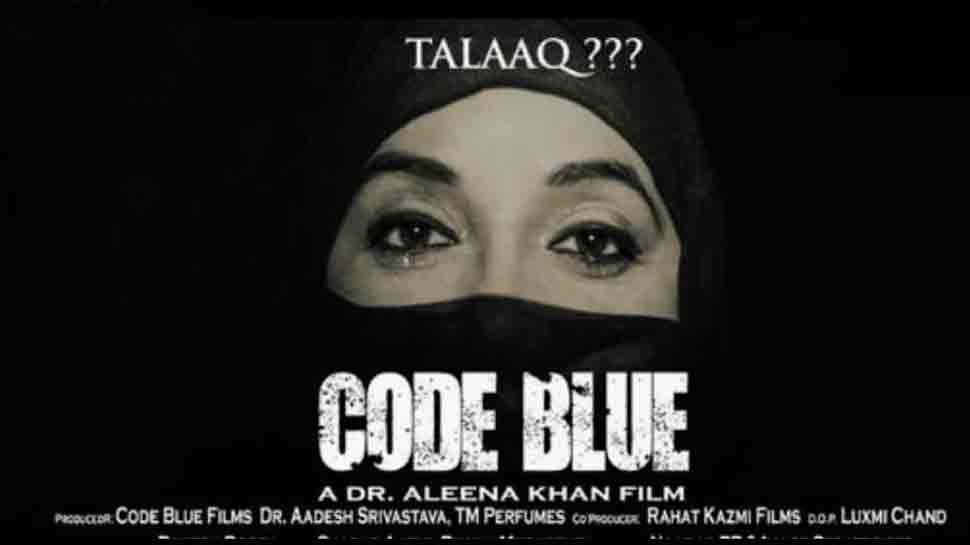 Mumbai: Aleena Khan, the writer-director behind "Code Blue", says the film on triple talaaq which will screen in Berlin as part of the European Film Market, the business platform of the Berlin International Film Festival, is like a "bitter medicine".

Khan said the two films are as different as chalk and cheese.

"'Gully Boy' is an entertaining film with a message, but I don't want to compare my film 'Code Blue' with 'Gully Boy' because it is made by professionals with wonderful actors like Ranveer and Alia, whereas the maker of 'Code Blue' is a doctor... It has a story which cannot be wrapped with entertainment.," said Khan, who is a practicing specialist doctor.

"My film is bitter medicine. It is based on malpractices of a particular community and unfortunately, that community is not all that educated, especially the girls, who don't even know their own rights. Hence, they cannot raise their voices against such inhuman malpractice."

Khan said the screening at Berlin is a moment of achievement for her because she doesn't belong to the field of filmmaking.

The only similarity that Khan drew between her film and "Gully Boy" is that both movies are strong on content.

"'Code Blue' has very strong content and I do believe content is something which has upper hand because audience nowadays really need something which makes sense. I am sure 'Gully Boy' has all the elements as well and both the films are being premiered at Berlin film festival and definitely, both the films have potential, but there is no comparison between the movies."

Backed by Rahat Kazmi Films, the film is releasing on March 15.