Does Preity Zinta have a cameo in 'Dabangg 3'?

Preity posts clearly express her happiness to be on the set with Salman Khan. 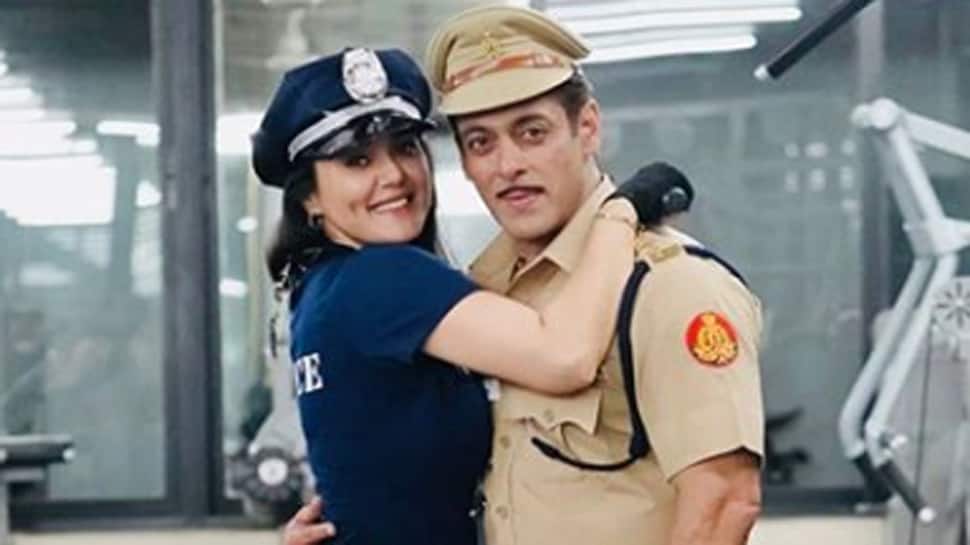 Mumbai: Actress Preity Zinta on Thursday surprised her fans with a series of special pictures with superstar Salman Khan, ushering in a wave of nostalgia on social media.

Preity's recent posts on Instagram seem to be a hint that she is a part of Salman's upcoming "Dabangg 3".

"Anything can happen on Halloween... Here's to having some fun and being a little crazy! Perks of showing up on the 'Dabangg 3' shoot," Preity captioned one of the images in which she is seen dressed in a blue police uniform, with Salman Khan posing in his Chulbul Pandey avatar.

There is also one photograph where both actors wear their shades on the collar in signature "Dabangg" style.

Preity posts clearly express her happiness to be on the set with Salman Khan.

"This Halloween I met someone special," she wrote along with the image.

The posts have divided fans in their speculation. While some are hoping the actress is a part of the new "Dabang" film, others feel she was just a casual guest on the set, and nothing more.

Salman and Preity have earlier worked together in films such as "Chori Chori Chupke Chupke", "Jaan-E-Mann" and "Har Dil Jo Pyar Karega".

The third instalment of the "Dabangg" series follows the 2012 release of "Dabangg 2". It also features Sonakshi Sinha and Mahesh Manjrekar's daughter Saiee.

"Dabangg 3" is scheduled to release on December 20.

John Stamos to lead an upcoming series on Disney+