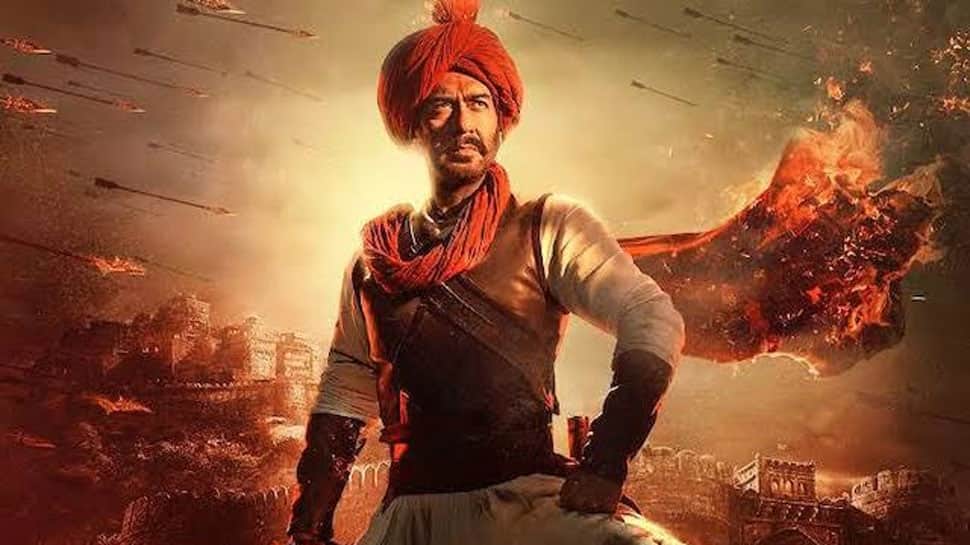 New Delhi: Despite two new releases - 'Street Dancer 3D' and 'Panga' - on Friday, Ajay Devgn's 'Tanhaji: The Unsung Warrior' managed to score at the box office and stormed its way to the 200 crore club. Yes, you read that right. 'Tanhaji' on Friday earned Rs 5.38 crore and at the end of Week 2, the film minted Rs 202.83 crore. (Woah!)

Trade analyst Taran Adarsh reported that 'Tahaji' will emerge and Ajay Devgn's highest-grossing film at the end of Saturday. The film maintained a consistent pace at the box office and set a benchmark every second or third day. For example, 'Tanhaji' crossed a milestone on Day 3 of its release by earning Rs 50 crore. On Day 6, it entered the 100 crore club, the tenth day saw 'Tanhaji' at Rs 150 crore and on Day 15, it was at the 200 crore bounty.

Here's how 'Tanhaji' performed at the box office.

The film released along with Deepika Padukone's highly-celebrated film 'Chhapaak'. However, 'Chhapaak', which impressed the critics, failed to woo the cine-goers.