Everyone got emotional when Irrfan gave first shot: Dinesh Vijan

Producer Dinesh Vijan says the entire team of "Angrezi Medium" got emotional when Irrfan Khan gave his first shot for the film. 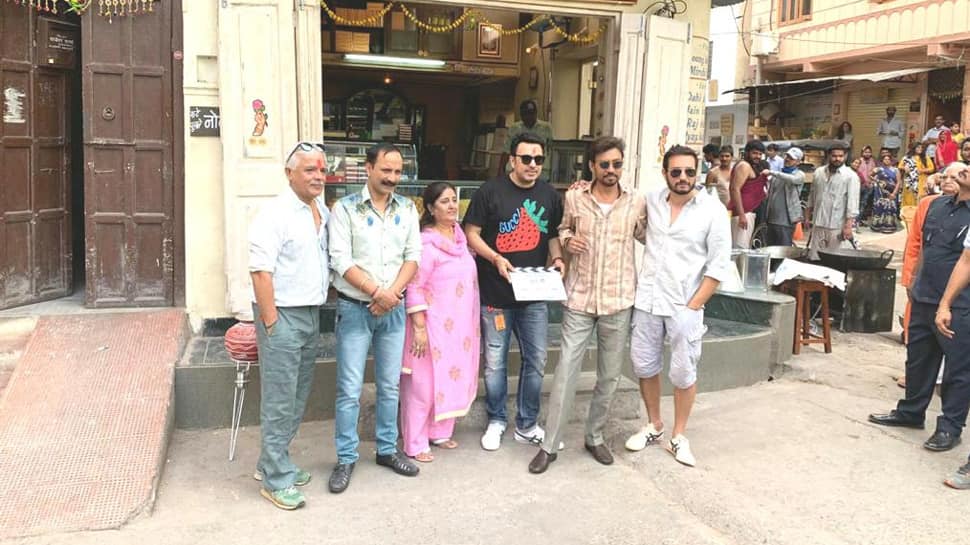 Mumbai: Producer Dinesh Vijan says the entire team of "Angrezi Medium" got emotional when Irrfan Khan gave his first shot for the film.

The 52-year-old actor recently returned to the country and started the shoot of his comeback project "Angrezi Medium", a year after he was diagnosed with neuroendocrine tumour and was being treated abroad.

"Irrfan is undoubtedly one of the best actors in the country. When he gave his first shot everyone around got emotional. For me it was one of those life-defining moments working with him again after 'Hindi Medium'. Having him and Homi together was something all three of us have always wanted," Dinesh said in a statement.

The producer said Irrfan was not emotional and remained his "usual self."

"Wry humour, crackling one-liners and back on his own turf. Deepak (Dobriyal) and his improvisations brought the house down. It was like the first day of 'Hindi Medium,'" he added.

While Irrfan's character in "Hindi Medium" was Raj Batra, a Delhi based businessman with a sari showroom, he plays Champak from Udaipur who is in the sweet business.

According to the synopsis, Irrfan and Deepak will play brothers in the film who have inherited a 100-year-old sweet business and are also rivals. A distant cousin, played by Manu Rishi, who owns the biggest sweet shop also adds to the rivalry within the family.

The film features Radhika Madan as Irrfan's daughter and talks are on for another leading lady.

The crew will be shooting in Rajasthan till April end after which they move to London as in the film Irrfan's daughter has aspirations of studying abroad.