'Chaman Bahar' is directed by debutant filmmaker Apurva Dhar Badgaiyann and Ritika Badiani plays the female lead in this entertainer. 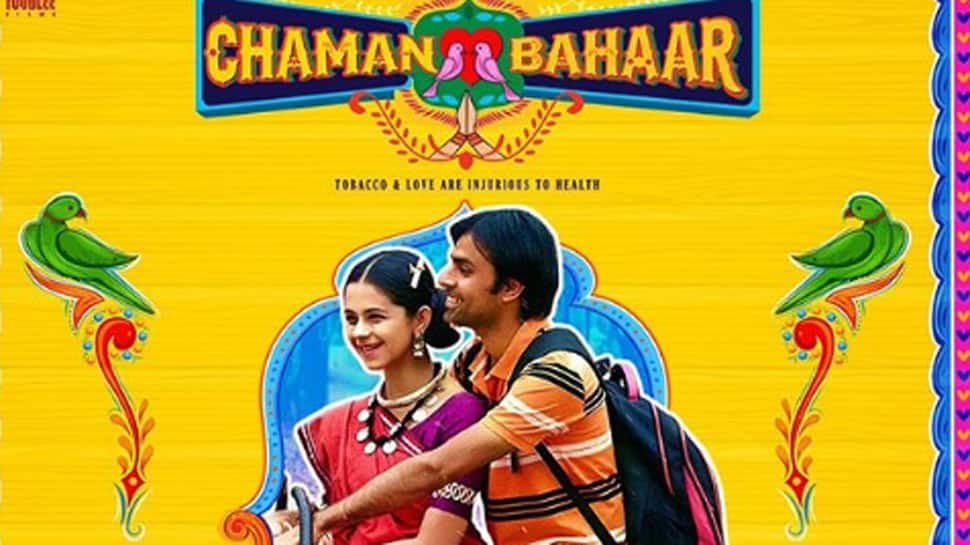 New Delhi: Actor Jitendra Kumar is a familiar face on digital space. From his sketches on TVF to popular web-series Kota Factory, Panchayat amongst others - Jitu, as he is fondly called, has featured in all. The actor's latest release 'Chaman Bahar' has opened in Netflix recently and once again he plays a character not seen before on-reel.

'Chaman Bahar' is directed by debutant filmmaker Apurva Dhar Badgaiyann and Ritika Badiani plays the female lead in this entertainer.

While talking to Zee News Digital, the filmmaker revealed that he has made this story from his own experiences. He said: "I am from Chhattisgarh and my father worked in a forest department, so I grew up in smaller places. The story of the movie is a sum total of my experiences. It is an entertaining film but at the same time also has an underlining message which I am sure the audience will get."

Jitendra, who plays Billu in the movie said, "It is a very colourful character. It is a one-sided love story as he falls for the girl. He is a passionate person, wants to open a pan-shop and become popular in this own area. That's how the story grows. His lover side is very pure and interesting."

"Till now, in all the love stories we have seen so far, at least there is an interaction between the lovers but here it is not the case. But Billu can't express his feelings and without any interaction, the character comes across as larger-than-life, " he added.

The actress, Ritika Badiana is seen playing Rinku in 'Chaman Bahar', sharing her experience she said, "Rinku is a school-going girl, sweet and nice. Once people watch the movie, they will like what they are watching unfold."

The movie was set for a theatrical release but owing to shut down, it released on Netflix on June 19, 2020.

Meanwhile, the movie industry is currently braving the storm of nepotism after Bollywood actor Sushant Singh Rajput's death by suicide. He was found hanging at his Bandra residence on June 14, 2020. He was 34.

His death sent shockwaves across the nation leaving his fans, friends, family and film fraternity grieving.

When the 'Chaman Bahar' cast was quizzed over the same, here's what they said:

Talking about getting work in the movie business, the filmmaker maintained, "In the creative field, rejection is a part of it and we have signed for it. Of course, there are times when even I have faced it in terms of my stories not clicking all times. But I wouldn't say I felt like an outsider as you have your own circle of friends."

Ritika maintained, "Rejection is part of any industry and not just this industry. And definitely initially we all have faced it. But I have been doing ads all through so I never felt like an 'outsider'."

Jitu added, "Rejections are there and it a part of it. But then you get good opportunities too. Whenever I have been rejected I felt the role went to a better actor."

Jitu will soon be working on season 2 of Panchayat and new projects while Ritika has two music videos and a short film in her kitty.