While Saif Ali Khan and Tabu are joining hands after a long duration of working together in a few flicks, their upcoming movie has already garnered netizen`s attention with its distinct casting. 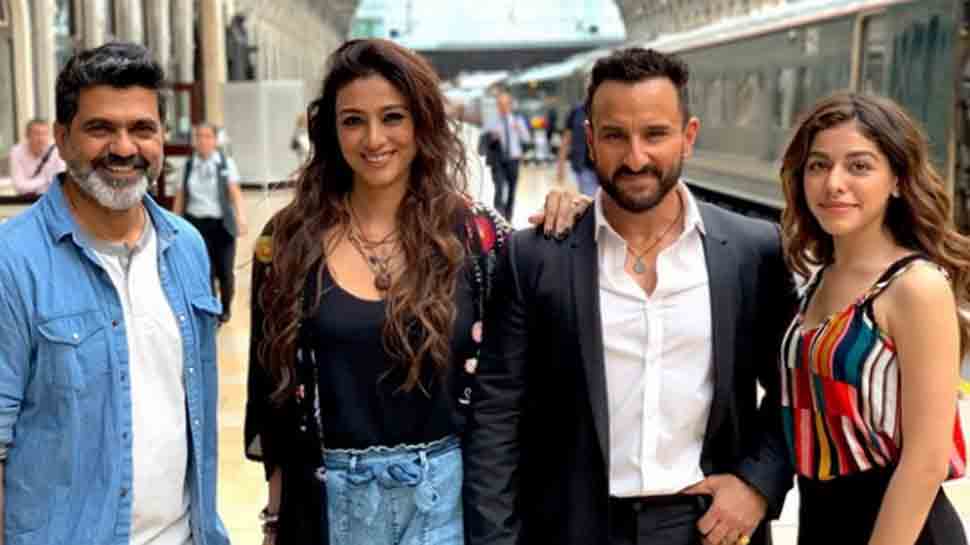 Mumbai: The craze around World Cup may be over but London is still where all the action is! And rightly so, as the team of `Jawaani Jaaneman` is shooting in full swing.

While Saif Ali Khan and Tabu are joining hands after a long duration of working together in a few flicks, their upcoming movie has already garnered netizen`s attention with its distinct casting.

`Jawaani Jaaneman` is also being the talk of the town, as it is serving to be the launchpad for Pooja Bedi`s daughter Alaia F, who is quite the social media star already.

The flick which has out of the ordinary star cast is about a father-daughter duo having a roller-coaster of fun, emotions and lots of heart-warming moments thrown in.

Revealing further about the movie, one of the producers Jackky Bhagnani said, "A fresh script, a fresh cast and a coming together of a fresh team. So expect the unexpected. Without giving away much about the film, the only thing I will say is that if you have laughed, cried or enjoyed with your family, that`s exactly what you will do with our film! Nitin sir, with his unique talent to say the best of the stories in the most relatable manner, has truly made a film that we are proud of. I hope the audience loves this film as much as we do.

"Tabu, who previously was seen playing a negative character in Ayushmann Khurrana-starrer `Andhadhun` will be seen essaying a bit different role in `Jawaani Jaaneman.` "Since I have been playing dark roles off-late, the character I play in Jawaani Jaaneman is absolutely refreshing. I loved the script when I read it and I definitely wanted to do this at first go," unveiled Tabu.

A few days ago, she shared the first look of her character in the film, which featured her in a casual look, dressed in a black top and blue jeans brown boots.

Helmed by Nitin Kakkar, and produced by Jackky Bhagnani`s Pooja Entertainment in association with Saif`s Black Knight Films and Jay Shewakramani`s Northern Lights Films, the movie will release on November 29, this year.

Tabu on working with Saif Ali Khan in 'Jawaani Jaaneman'