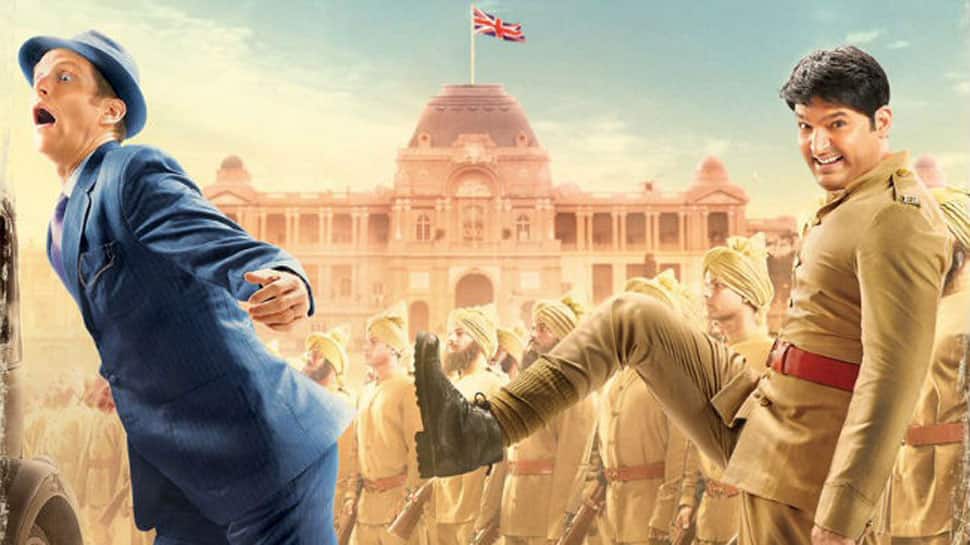 Kapil Sharma is a name enough to bring a smile on many faces. He rules the small screen like none and is aptly hailed as the king of comedy. So when he made his move to the big screen, expecting a similar magic from him was a given.

Not that Kapil lacks any of his comic lustre, but somehow his latest outing 'Firangi' makes him look like a 'firangi' on the whole 70 mm deal. The film has been scripted by Rajiev Dhingra, Balwinder Singh Janjua, Rupinder Chahal. And it is the script with a half-baked first part that makes it a drag.

'Firangi' is set in pre-independent India and takes us back to the time when Britishers ruled our country. Kapil plays Manga, who is a happy-go-lucky person of the village yet is scolded by his father all the time for being a lousy good-for-nothing chap.

The typical Punjabi daadi feels her pota is the best in the world and feeds him come what may. Manga is full of life and quirky ideas, he is the soul of any wedding and bla, bla, bla. Although he does nothing productive in life we are shown that he has a 'god gift' of curing any person's back pain (he kicks them hard).

Now, Manga makes good use of this 'blessing' and lands up a job with a Gora officer Mark Daniel, played by Edward Sonnenblick. Soon, he falls in love with Sargi aka Ishita Dutta, who is from his friend's village. But no love story can go without drama and hurdles.

Enter a whirlwind of problems. We are shown how the nexus between a Gora officer and Maharaja Inderveer Singh, brilliantly played by Kumud Mishra puts an entire village at stake. The money-minded Raja makes an ugly plan at the cost of innocent lives (Sigh! nothing much changed since 1921, it seems).

The drama unfolds but grips you only in the second half. Music is a high point in 'Firangi' and songs like 'Oye Firangi', 'Sajna Sohne Jiha' and 'Sahiba' to name a few will stay with you.

Having said that, what makes it a watchable experience is Kapil Sharma and the supporting cast. Monica Gill, as the Rajkumari has a few scenes and does them quite well.

There are comic punches flying here and there but it is Kapil the comedian who is anchoring the ship. He can be an actor but the comedian in him refuses to leave—and thank god it's like that.

Fans can watch this outing because it's been a while since we caught up on 'The Kapil Sharma Show'!

Baahubali: The Game, Dear Zindagi most popular on Google Play in India