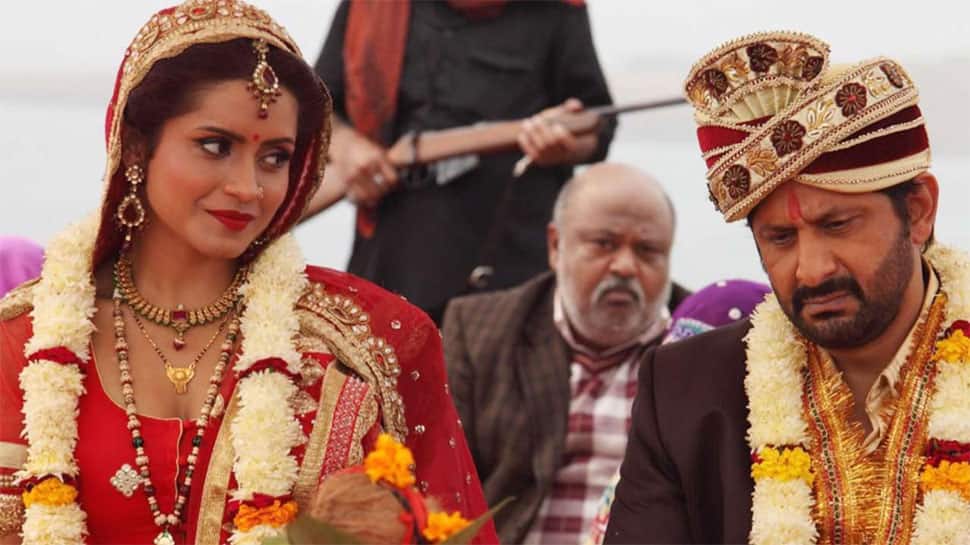 Considering that director Prakash Jha's world, style and artistry are all of a certain standard, this bland, humourless and shoddily presented film coming from the stable of Prakash Jha Productions, is a huge let down.

Set in Uttar Pradesh and shuttling between Banaras and Lucknow, "Fraud Saiyaan" is the exaggerated tale of Bhola Prasad Tripathi (Arshad Warsi), a con man who makes it his life's ambition to marry rich girls. The buck does not stop at marrying one but finds himself entangled in a web of relationships with equally quirky and unbearable morons.

Helping him in his endeavour is Saurabh Shukla as Murari who is definitely not sure of how to define the character he essays or his character's goal.

The writing is lowbrow. Convolutedly crafted, with flat and confused characters, an absurd plot with staid gags and cheesy dialogues, the film is an assault on one's sensibilities. The film is an exhausted rethread of old romance gags where the dumb girls almost believe the lies of the reprehensible schemer, instead of trusting their own instincts.

There is less of comedy and more of hamming. Arshad Warsi as the disarmingly weird Bhola is an extension of himself. He just walks through his bit making no effort to be different.

Saurabh Shukla, unlike Arshad, makes a frail attempt to display his histrionics but fails to impress.

The bevy of damsels, some with pouting lips look like Rakhi Sawant clones. They are all earnest in their endeavours. Prominent among the many are; Deepali Pansare as Sunita a bank employee, Flora Saini as Shraddha, the only daughter of a rich farmer, Preeti Sood as the girl who wins a lottery, Sara Loren as Payal, the wife of Badri the rich Zamindar essayed by Varun Badola, Anangsha Biswas as Astha the girl who inherited a 32-room haveli, Bhavna Pani as Chanda the sister of a hoodlum, Elli Avram as Chandani the bar dancer.

Varun Badola in a special appearance is wasted in an underwritten and non-significant role.

The songs and background score mesh seamlessly into the narrative, but they do not add much to the narrative. The song "Chamma chamma" picturised on Elli Avram, is a far cry from the original in "China Gate".

Overall, this film is not worth your ticket price.

We are not opposing 'Manikarnika: The Queen Of Jhansi': Shri Rajput Karni Sena