Inspiring people of all generations, Mahatma Gandhi has been portrayed by many famous filmmakers on the big screen. 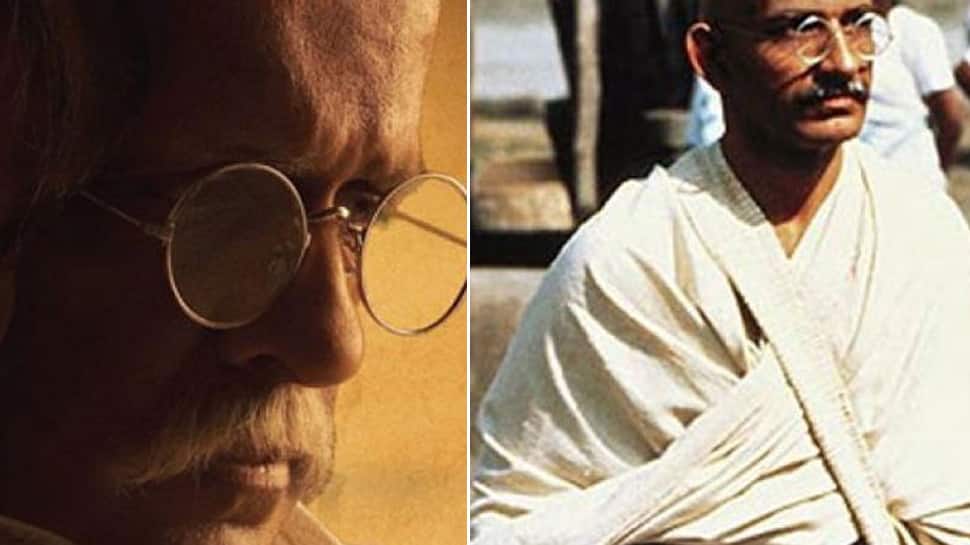 New Delhi: One of the most influential figures of Indian history, Mahatma Gandhi's birth anniversary is celebrated on October 2nd every year. The day, which is a national holiday, reminds us of Gandhi's fight to freedom and his path of non-violence. From the Civil disobedience movement to Kheda Movement, and several others, Gandhi was the light in times of darkness. Inspiring people of all generations, he has been portrayed by many famous filmmakers on the big screen some of them being a major success.

Today on his birth anniversary, here is a look at some films that you must watch to remember 'Bapu':

This is a biographical movie launched by the legendary British filmmaker Richard Attenborough starring Ben Kingsley as Mahatma Gandhi. This biographical drama capture the struggle to attain independence from the tyrannical rule of the British by his doctrine of non-violence and civil disobedience. Being a major blockbuster 'Gandhi' won an incredible eight Oscars, including the most coveted ones: Best Picture, Best Director, and Best Actor.

This is the most famous and entertaining movie of Gandhi, loved by people of all the age-groups. It depicts an uncanny version of Gandhi's principles termed as 'Gandhigiri' and highlights the concepts and ideas that were prominent in colonial India and the Indian Independence Movement. This movie hit the big screen and invoked a desire in people to seek knowledge for Gandhi and his principles.

Starring Kamal Hassan and Shah Rukh Khan, this movie focus on the assassination of Mahatma Gandhi by a victim of partition whose wife died in the chaotic separation of the nation. Saketh (Kamal Hassan) consumed in hatred and blinded by vengeance executes Mahatma Gandhi, who he speculates is the one to blame because he advocates peace with Muslims.

Firoz Abbas Khan's movie produced by Anil Kapoor, starring Darshan Jariwala and Akshaye Khanna depicts the turbulent relationship between Gandhi and his son Hiralal who feels that despite being the father of the nation he has failed to be a good father to him. The rift between Gandhi and Hiralal keeps on growing until it is beyond repairs and he dies shortly after his father's assassination because of poverty, unable to create his own identity.

This movie shows the journey of Gandhi becoming Mahatma as we know him today. It illustrates the incidents of racism and discrimination faced by Gandhi in South Africa where he practised as a barrister, that inflicted him to change and charge against the British and lead the independence movement to drive them away.