Filmmaker Gurinder Chadha says she has made "Partition: 1947" with "lot of love", and hopes it is appreciated by Indian audiences. 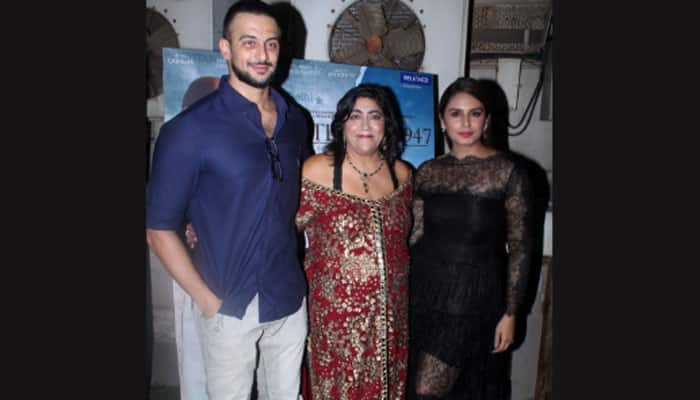 Mumbai: Filmmaker Gurinder Chadha says she has made "Partition: 1947" with "lot of love", and hopes it is appreciated by Indian audiences.

"Partition: 1947" was released internationally as "Viceroy's House". For the film, the British film director of Sikh origin went back to trace her roots and document events that led to India's Partition.

The film narrates the story of the trauma that people went through due to the division, and how it changed their lives. It released in India on Friday.

"While making a movie, we take a lot of care to make a good film, but at the release point of the movie, all is in God's hands," Chadha said at the special screening of the film here.

"We have made this film with lot of love and efforts, so I hope people will like this film just the way it has been appreciated in other countries like UK, France, Germany and Australia," she added.

Taking the lead from Narendra Singh Sarila's book "The Shadow of the Great Game", she has also brought in the British side of the story, and showed what role Lord Mountbatten played in all of it.

The Indian and Pakistani cast of the project is led by Manish Dayal, Huma Qureshi and the late Om Puri. The roles of the principal political leaders are played by Tanveer Ghani (Jawaharlal Nehru), Denzil Smith (Muhammad Ali Jinnah) and Neeraj Kabi (Mahatma Gandhi).

The British cast is led by Hugh Bonneville as Lord Mountbatten, Gillian Anderson as his wife Lady Mountbatten, Lily Travers as their daughter Pamela, and Michael Gambon and Simon Callow as key civil servants.

Chadha said she is glad that critics are giving great reviews to the film.

"I feel if you have interest in history then this film will give the audience a different perspective about the history of India," she added.

The film has released alongside Bollywood movie "Bareilly Ki Barfi". But she is not bothered about the clash.

"I feel it's a good thing that audiences have lots of choice. Friday they can watch one film, Saturday or Sunday some other, so it's okay we can all share... It's not a problem."

Toilet: Ek Prem Katha collections—Akshay Kumar has all the reasons to smile