Sapna Choudhary is all set to make her debut with 'Dosti Ke Side Effects'. 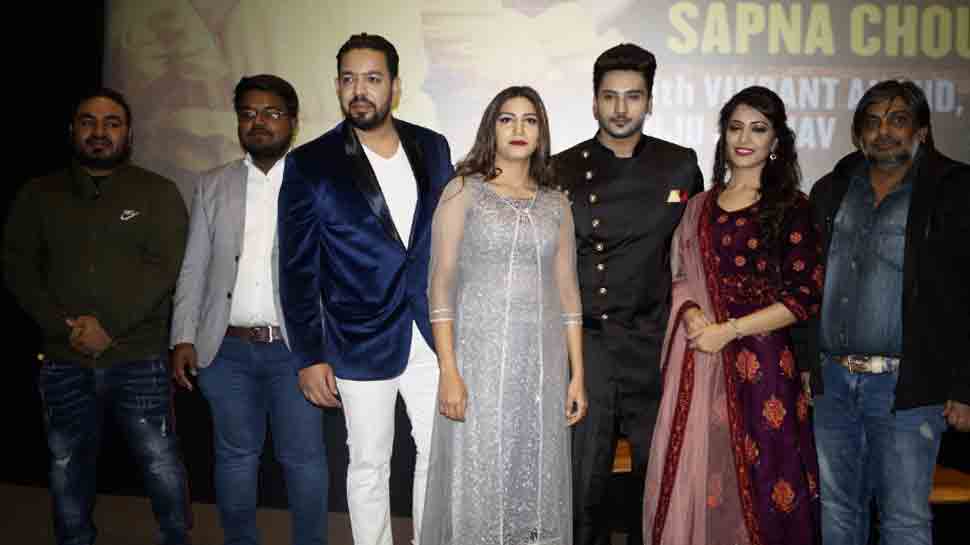 New Delhi: Sensational singer-dancer and television personality Sapna Choudhary is all set to showcase her acting skills in her upcoming film 'Dosti Ke Side Effects'. On Monday, the popular Haryanvi singer-dancer, along with the entire cast of the film, unveiled the first official trailer of the film in the national capital.

In the film, Sapna will be seen as the protagonist.

Interacting at the trailer launch of her film, Sapna said, "My experience of working for the film was wonderful. I am more than excited after watching the trailer. I had so much fun while working for this film. The entire team was so cooperative. The atmosphere on the set was positive. It's my first time where I am working as an actor. I have worked really hard for it. In fact, the entire team has put in their best effort for it. I am really thankful to Hadi Sir for putting in his trust and faith on me."

'Dosti Ke Side Effects' also star Sai Ballal and Vaishnavi Mahant in key roles. The film has been shot in various locations in Mumbai including Film City and is produced under the banner of Share Happiness Films. It is slated to release on February 8, 2019.