Here's when to catch 'Bala' in theatres

This is the second time that the film underwent a date change as it was scheduled to hit big screens on November 15 earlier. 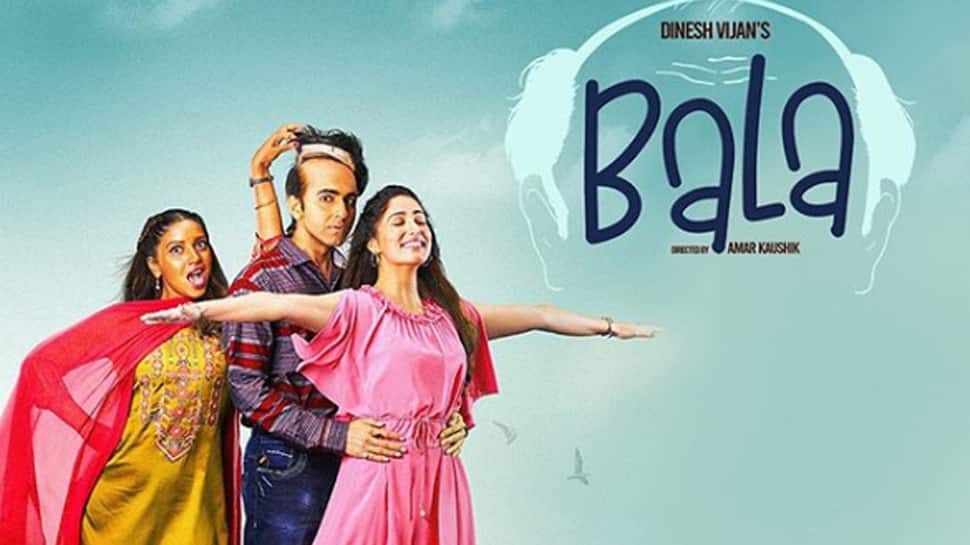 New Delhi: The release of Ayushmann Khurrana starrer 'Bala' which was moved a week earlier to avoid a clash with 'Marjaavaan', has now been moved a day ahead to open on November 8.

This is the second time that the film underwent a date change as it was scheduled to hit big screens on November 15 earlier.

Ayushmann announced the news on Twitter along with a teaser of his upcoming song 'Pyar Toh Tha' from the flick."Watch #Bala in theatres on 8th November," he tweeted.

If only losing love was as easy as losing hair! Or are they equally painful? Stay tuned to find out! https://t.co/vSeAzwHvYR#PyaarTohTha Watch #Bala in theatres on 8th November. #DineshVijan @amarkaushik @bhumipednekar @yamigautam @MaddockFilms @JioCinema @jiostudios

The 10-second teaser hinted the song to be a heart-wrenching one where a bald teary-eyed Ayushmann is seen reminiscing his time with both the leading ladies -- Yami Gautam and Bhumi Pednekar.

Earlier this month, the 'Andhadhun' star dropped the trailer which was a complete laugh riot featuring him as a victim of premature balding trying remedies to cure it!

Depressed by his situation, Bala is seen running from pillar to post to find a suitable solution for his baldness.

Ayushmann is collaborating with Bhumi for the third time after working in blockbusters like 'Dum Laga Ke Haisha' and 'Shubh Mangal Saavdhan'. Meanwhile, 'Bala' marks Yami and Ayuhsmann's second venture after the 2012 release 'Vicky Donor'.

The 'Article 15' actor will be seen alongside a huge cast including Saurabh Shukla, Jaaved Jaaferi, Seema Pahwa and Abhishek Banerjee. Helmed by 'Stree' director Amar Kaushik, the movie is produced by Dinesh Vijan.