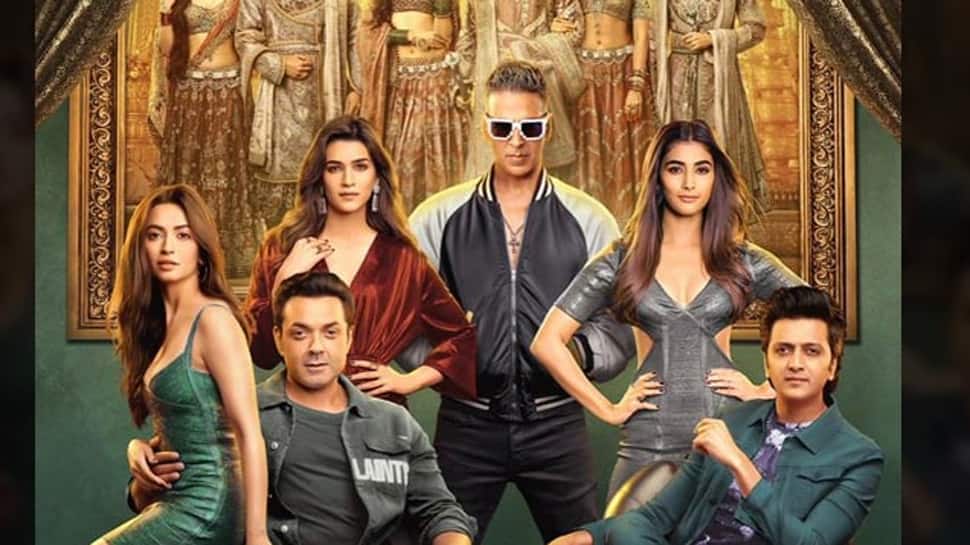 Sajid Nadiadwala and Fox Star Studios’ Housefull4 is open for advance booking and is getting a massive response from audiences across India. Housefull 4 is without a doubt, the biggest comedy of this year and the pre-bookings show just how much the fans are excited about this reincarnation comedy.

The much-awaited sequel franchise Housefull has taken over the world with this fun-laden, quirky and unique concept of reincarnation. The movie time travels in story, concept and place of occurrence to bring about a reincarnation extravaganza to the screens- to and from 600 years in time. From Sitamgarh in the 1419 past life era to London in 2019, the character who have two names for each of their selves for the two eras are sure to make you rolling on the floor laughing.

Kamal Gianchandani CEO, PVR Pictures and Chief Business Planning and Strategy, said “HouseFull4 has received a staggering response from the audience and it affirms the belief that comedy film well marketed and promoted will definitely pull the viewers to the theatres. HouseFull4 is the biggest franchise film of Sajid Nadiadwala and Akshay Kumar together along with Fox Star Studios have done a great job.”

"Advance bookings of Housefull4 are phenomenal across INOX multiplexes. Promos and the songs of the film are looking very interesting and viewers are eagerly awaiting for this reincarnation comedy. We are expecting HouseFull4 to open huge on 25th October even though it’s a pre-Diwali Friday. We opened advance bookings on Sunday and day one advances of HouseFull4 are looking outstanding. Looking at the response of advance bookings and a long holiday weekend, we are sure that Housefull4 will create a new record at the box office for Diwali weekend.” Rajender Singh Jyala, Chief Programming Officer, INOX Multiplex

“Housefull4 pre-bookings started on Sunday and the hype of the movie has created quite a stir as we are seeing from the group pre-booking for the movie. The Housefull franchise has always been a favourite among fans across India and this time around it has multiplied many folds as its a festive season. We are hoping to create history at the box office.” Mohan Umrotkar CEO Carnival Cinema

The comedy of errors stars Akshay Kumar, Riteish Deshmukh, Bobby Deol, Kriti Sanon, Pooja Hegde, and Kriti Kharbanda in double roles as the story revolves around reincarnation. Housefull 4 is presented and produced by Sajid Nadiadwala's Nadiadwala Grandson Entertainment and co-produced by Fox Star Studios, directed by Farhad Samji. The film is slated to release on October 25, 2019.