The makers have decided to strictly keep everything under wraps, including the title and visuals, despite the fact that the release is less than three months away. 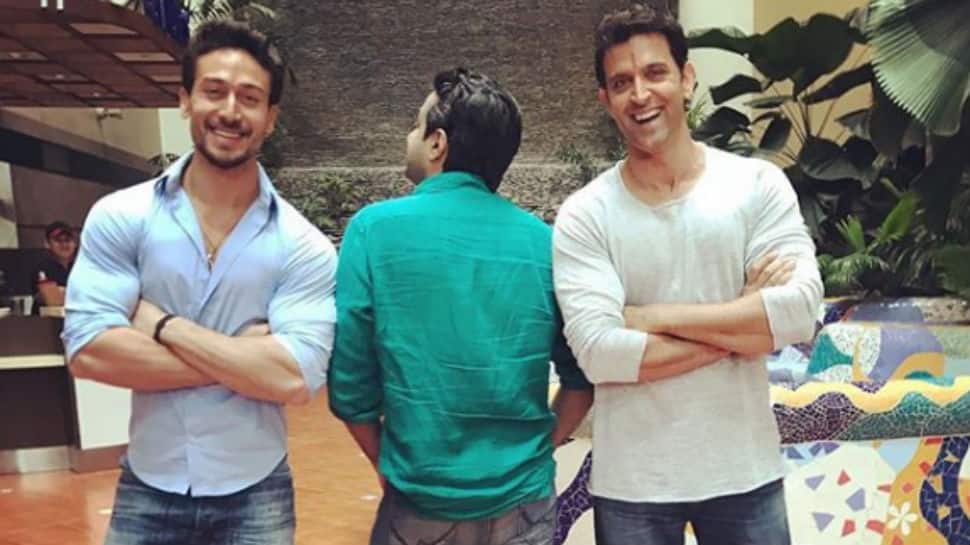 Mumbai: As Hrithik Roshan and Tiger Shroff, two of the biggest action superstars of Bollywood, get ready to take on each other in Yash Raj Films (YRF) upcoming biggie, the makers have decided to strictly keep everything under wraps, including the title and visuals, despite the fact that the film's release is less than three months away.

In Bollywood's age of publicity overkill, YRF feels such a departure from norms can only help build up curiosity.

"A film like the one I am doing with Hrithik Sir is definitely something that could not have been made without one another. It is rare to find the correct permutation and combination and the right script that allows both of us to express our potential in our respective ways," Tiger told IANS recently, about the film.

The film directed by Siddharth Anand is touted as an action thriller.

Siddharth shared that the team wanted to keep everything under wraps because "in spite of tremendous pressure from fans of both the stars, it was a conscious decision to not put out any official pictures of the film and not even announce its title. We want maximum impact on the day of the launch."

The teaser of the film will drop soon but fans are yet to know how the film looks like. Hrithik and Tiger are rumoured to be sporting interesting looks but all visuals have been kept under wraps. Unconfirmed reports a while back claimed the film is called "Fighters" but Tiger subsequently refuted such talk as false, and speculation is on among fans over what the film might be called.

According to a source in the film unit, producer Aditya Chopra wants nothing about the film to be revealed before the first official promotional asset drops. The strategy to build secrecy around the project was therefore created to raise anticipation and continuously garner hype.

"The makers wanted to position the promise of two of the biggest action heroes of our generation --- Hrithik and Tiger --- taking on each other. Thus, the working title 'Hrithik vs Tiger' came into existence.

"The working title has been widely publicised because the makers wanted just one simple thing --- to register the marketing promise of a showdown between two of the biggest and the best action superstars of Indian cinema," added the source.

The YRF production also stars Vaani Kapoor and is set to release on October 2.