As per reports, 'Indian 2' will be Kamal Haasan's last film as he will retire as an actor to focus full-time on politics. 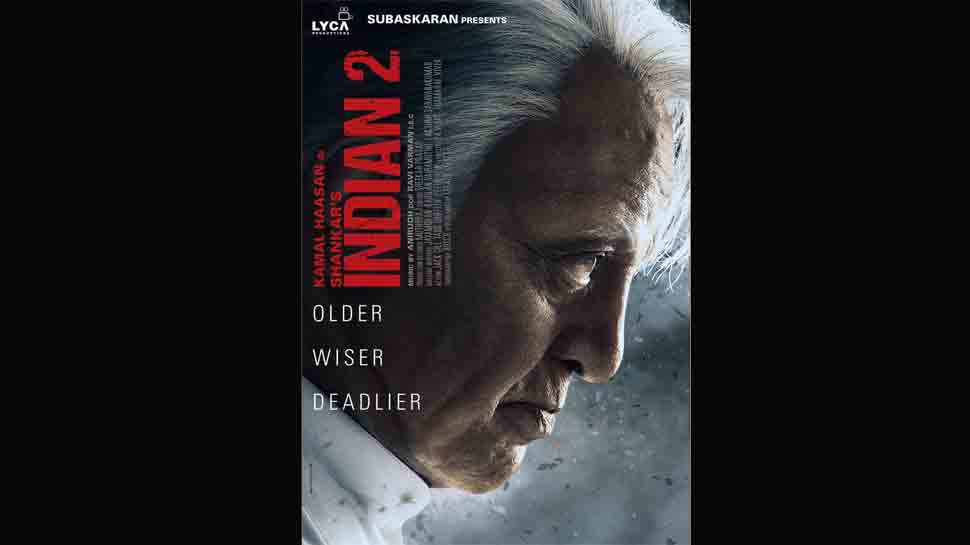 New Delhi: After sharing with us the first look posters of 'Indian 2', director S Shankar has now unveiled another poster of the film, which stars actor-politician Kamal Haasan in the lead role. The film has gone on the floors on Friday.

Earlier, Shankar had dropped the first poster of the film on the occasion of Pongal besides greeting everyone. The poster had left the actor's fan in a state of frenzy.

Take a look at some of the other posters shared by Lycra Productions:

A sequel to 1994 Tamil blockbuster "Indian", the project also stars Kajal Aggarwal as the leading lady. Having already begun prepping for her role in the film, she told news agency IANS that she sees signing 'Indian 2' as a step up in her career.

"I'm really thrilled to be part of the project. I'm quite excited about my role and the skills I will get to learn on the job. I see signing 'IndianA2' as a step up in my career," she said.

Several reports have stated that 'Khiladi' Akshay Kumar was being considered by the makers to play the lead antagonist in the film. However, no confirmation was there on the development.

The first part had featured actress Urmila Matondkar and Manisha Koirala in lead roles. However, neither of them plays a part in the second installment. Also, Oscar-winner AR Rahman was the composer of the original film. But he has been replaced by Anirudh Ravichander.

While promoting his last outing '2.0', Shankar revealed that he recently did a photo-shoot with Haasan for 'Indian 2'.

Shankar added that he was thrilled to see Haasan sporting the look of the popular octogenarian character Senapathy, a freedom fighter-turned-vigilante bent on rooting out corruption.

The rest of the cast and crew are yet to be revealed.