Is Sonechiriya the best dacoit drama since Bandit Queen?

Raw wounded, brutal and violent -- the trailer of Abhishek Choubey`s fourth feature film "Sonechiriya" is a dacoit drama without horses. 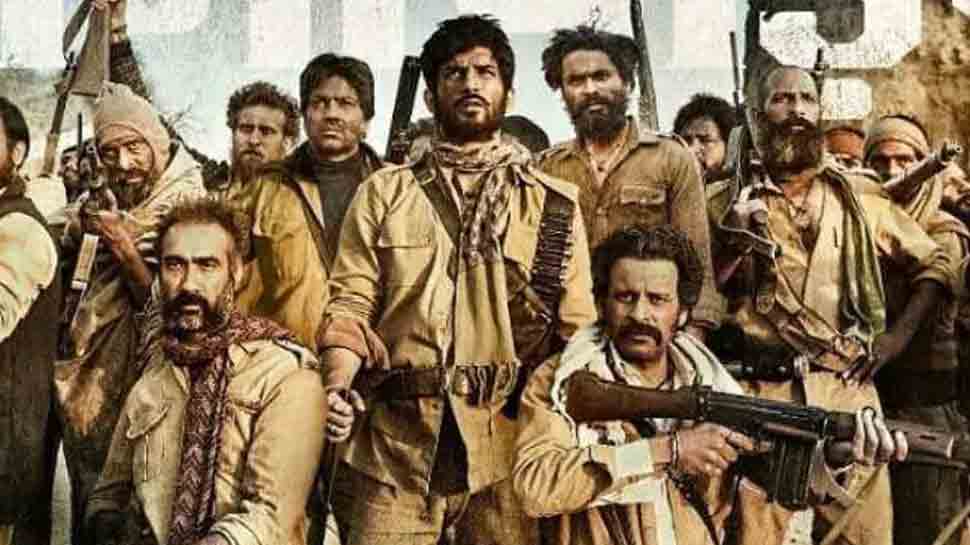 After 2018, it looks like 2019 will be another golden year for Indian cinema. First `Uri` which is on release and then `Sonechiriya` speak about a simmering war raging at the fringe of society, The characters speak an unvarnished truth about life at the edge. What we see is not always pleasant but never uninteresting.

Raw wounded, brutal and violent -- the trailer of Abhishek Choubey`s fourth feature film "Sonechiriya" is a dacoit drama without horses. For years we have been brainwashed by Bollywood into believing that dacoits travelled by horses when in fact there are no horses in the Chambal valley.

The Dacoit Drama and the tale of the poetic `taawaif` are the most sublime misrepresentations of Indian cinema.

The last time I saw a dacoit film without red-eyed bandits scampering around on horses was in filmmaker Shekhar Kapoor`s "Bandit Queen".

And now in Choubey`s "Sonechiriya" we are introduced to a powdery wasteland where the ravines are raw and the wounds even rawer. It took me a while to recognise actors Sushant Singh Rajput, Manoj Bajpai, Ranvir Shorey, Ahutosh Gowarikar and Bhumi Pednekar under all the grim grime.

The trailer shows all the bandits to be on the run. Their fugitive status is neither pitied nor ridiculed. "Sonechiriya" seems to be a celebration of outlawry in all its grimy gritty glory. There are bouts of humour in the blitzkrieg of non-choreographed violence. We see a couple of dacoits resting it out on a rooftop for the night, when one of them wonders if he would get mutton in jail.

"Why only mutton," retorts his compatriot, "The jailor will send his daughter every Sunday for you."

Brutal to the bone, "Sonechiriya" touches raw nerves in our socio-cultural DNA which has allowed inequality to foster for generations. Now it`s too late to even try to rectify the economic imbalance.

The film shows fringe people accepting their place and fighting for what they believe to be their fundamental right to survive.

In many shots of the trailer, I was reminded of late veteran actor Sunil Dutt`s "Mujhe Jeene Do". Without the horses, of course. And the `tawaaif` dancing to the sublime sound of legendary singer Lata Mangeshkar`s "Raat bhi hai kuch bheegi bheegi chand bhi hai kuch madhyam madhyam".

The night us neither drenched nor is the moonlight mellow in "Sonechiriya". For that we will have to wait for the next Raj Khosla dacoit drama.