It can get tricky: Kriti Sanon on switching from real-life to reel-life

Kriti Sanon believes acting is a tricky profession as one has to "switch on and off" from their real-to-reel emotions every now and then. 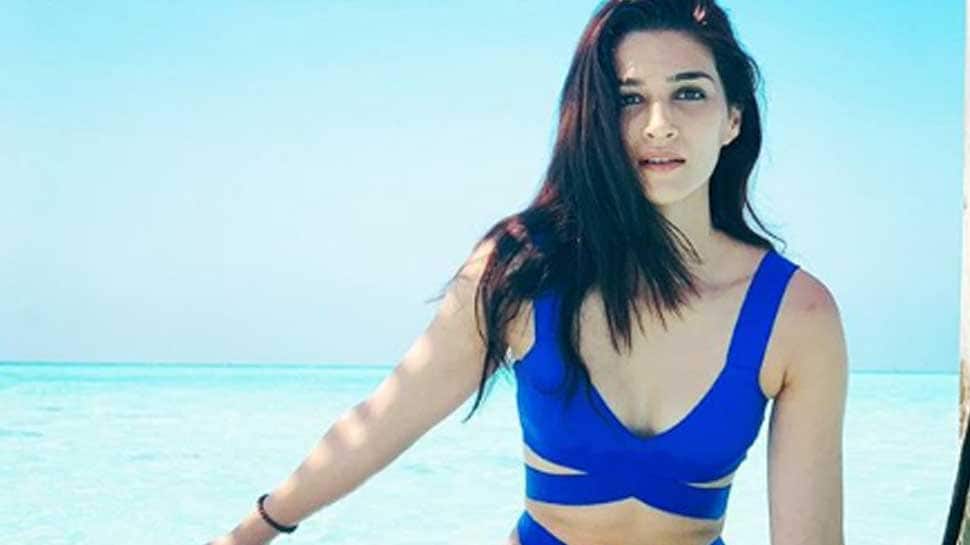 Mumbai: Kriti Sanon believes acting is a tricky profession as one has to "switch on and off" from their real-to-reel emotions every now and then.

The actor, who is looking forward to "Arjun Patiala", says a performer maybe going through tough times in their life, but when in front of the camera their real emotions should not reflect on-screen.

"As actors, we can have tension and stress in our life too and when you work on a film like this ('Arjun Patiala') you have to switch off from it completely and turn into a person who is having fun and is cracking jokes. It can get tricky. While filming for 'Luka Chuppi' I was a little messed up in my personal life but I had to get my comic timing right. It is important to switch on and off as an actor," Kriti told PTI.

"You can't translate your real emotions on screen as that will stay forever and you can let any part of your personal life mess that up. It is tricky to be in this profession because we have to put Kriti, the person aside and focus on Kriti, the actor. It is tougher," she added.

Not just as an actor but as a cinephile, Kriti said she enjoys quirky films.

"I like this space. That is one of the reasons I am getting attracted to these kind of scripts. I also like watching such films. And as an actor I tend to do films that I like to watch."

The 28-year-old actor, who was appreciated for her comic timing in "Bareilly in Barfi" and "Luka Chuppi", said her aim is to make people laugh.

"Comedy is much needed in today's time as there is a lot of stress in everybody's life. I want to entertain people, make them laugh. It is a fun genre to be a part of."

Kriti will also be seen in "Housefull 4" and the actor said working on the movie with stars like Akshay Kumar and comedy-regular Riteish Deshmukh helped her improve her comic timing.

"When you observe experienced actors you unknowingly pick up things. Like when I see Akshay Kumar, Riteish Deshmukh, who are brilliant at comedy, you learn by seeing them. I am surrounded by people who have great comic timing. I am unknowingly learning a lot.

"Comedy is all about reacting but at the right time. Riteish told me that comedy has a rhythm and beat to it. And those who are good at dancing tend to understand comedy because they understand rhythm," she said.

In "Arjun Patiala" she is paired opposite Diljit Dosanjh, who she says is a great actor. Kriti plays a crime journalist while Diljit essays the role of a quirky, small-town cop.

"Here in Bollywood one has only seen an intense side of Diljit with this film people will get to see his impeccable comic timing. He is great at comedy. He has done these kind of films in Punjab but not here. It will be a surprise," Kriti said.

Directed by Rohit Jugraj and co-produced by Bhushan Kumar and Dinesh Vijan under T-Series and Maddock Films, the film releases on July 26.

Mogambo's role was offered to me: Anupam Kher