Written & Directed by Milap Milan Zaveri, the film revolves around a man who avenges those who are corrupt. 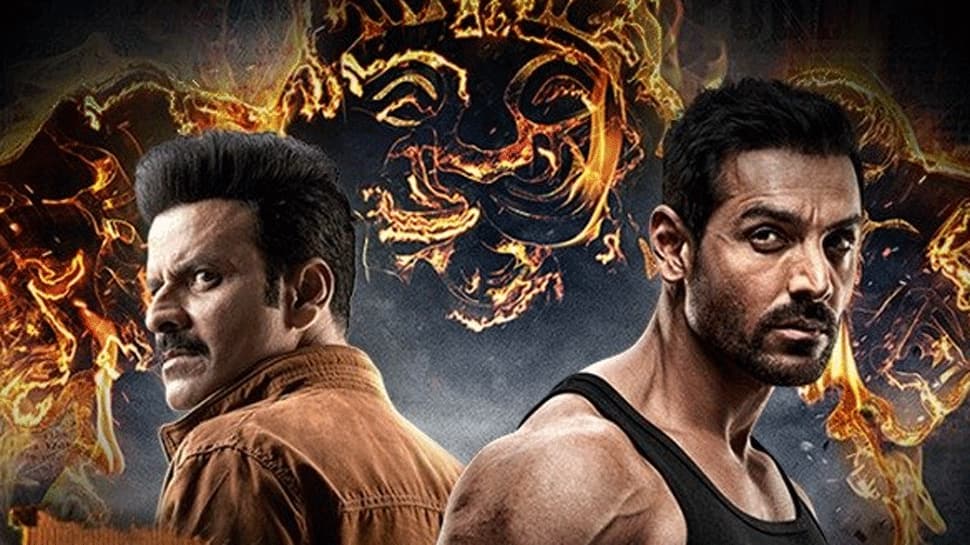 Mumbai: After impressing moviegoers with a patriotic film like 'Parmanu: The Story of Pokhran', John Abraham is back with yet another action-packed film. The trailer of Satyameva Jayate is out and we can see John in a fiery avatar.

Also starring Manoj Bajpayee, Satyameva Jayate trailer will remind you of the revenge saga of the 1970s. Written & Directed by Milap Milan Zaveri, the film revolves around a man who avenges those who are corrupt.

It is evident from the trailer that the character that John essays, is a police officer's son. The protagonist vows to give his dead father his lost glory.

John and Akshay Kumar share a really close bond with each other. They have earlier worked in Garam Masala, Desi Boyz, Housefull 2 and Dishoom together. But on this Independence Day, Akshay's Gold and John's Satyamev Jayate will clash with each other.

On this, John said: "Akshay is an actor in 'Gold' and I am an actor in 'Satyamev Jayate'. It's a producer's decision from both sides. It is about Excel Entertainment and T-Series, so I have no say in that at all. As far as competing with Akshay is concerned, I want to make it clear that he is my senior in the industry.

"I love him and I have always wished the best for him and I am sure he also wants best for me."