John will be seen portraying the role of Sanjeev Kumar Yadav, who spearheaded the Operation Batla House in September 2008. The first official trailer of the film will be dropped on July 10. 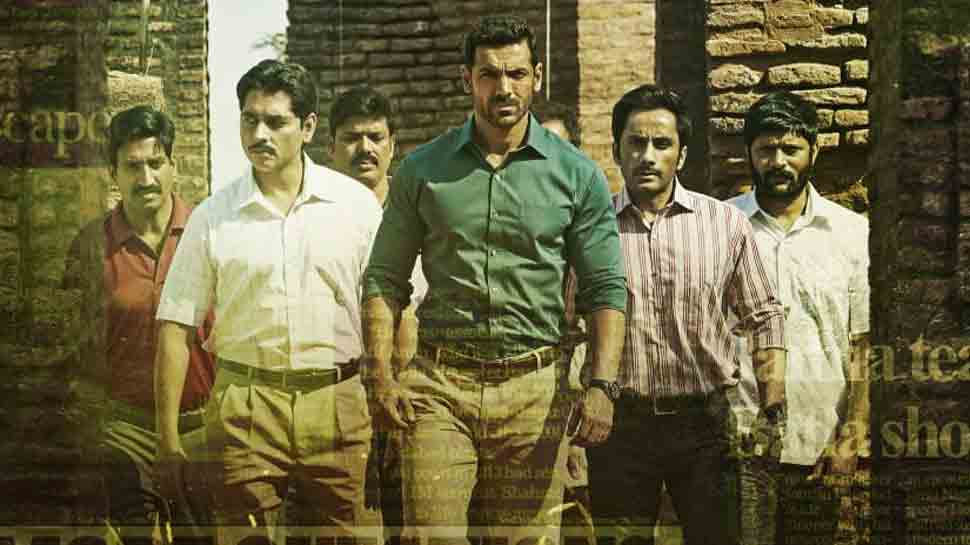 New Delhi: Actor John Abraham, who is awaiting the release of his upcoming action-adventure film 'Batla House', on Tuesday shared a fresh poster of the film.

John took to his Twitter handle to share the poster, writing, "When the nation you serve doubts your decision, you start questioning yourself. Watch the truth of #BatlaHouse reveal soon. #BatlaHouseTrailerOn10thJuly."

The picture is enough to create anticipation about his look as a cop among his fans. The tagline on the poster reads, "Izzat, Desh, Farz. Batla House. Inspired by real events."

Meanwhile, the first official trailer of 'Batla House' will be dropped on July 10.

The film will be based on the real Batla House encounter that took place almost a decade ago on September 19, 2008, which is officially known as Operation Batla House. The incident took place against the Indian Mujahideen terrorists at the Batla House locality in Jamia Nagar, Delhi.

As the tagline suggests 'The Story of India's Most Decorated/Controversial Cop', the case was about this one man who has had 70 encounters, a record 22 convictions from 30 cases and nine Gallantry Awards.

The 'Parmanu' actor will be seen portraying the role of Sanjeev Kumar Yadav, who spearheaded the encounter.

This is John and Nikkhil Advani's third collaboration after 'Salaam-E-Ishq' and 'Satyamev Jayate'. The film is scheduled to hit the theatre on August 15, 2019 and will clash with Akshay Kumar's 'Mission Mangal' and Prabhas' 'Saaho'. The film also stars Mrunal Thakur, Ravi Kishan, Prakash Raj among others. Moroccan beauty Nora Fatehi will feature in an item song.

Angelina Jolie looks all dark in 'Maleficent: Mistress of All Evil' trailer